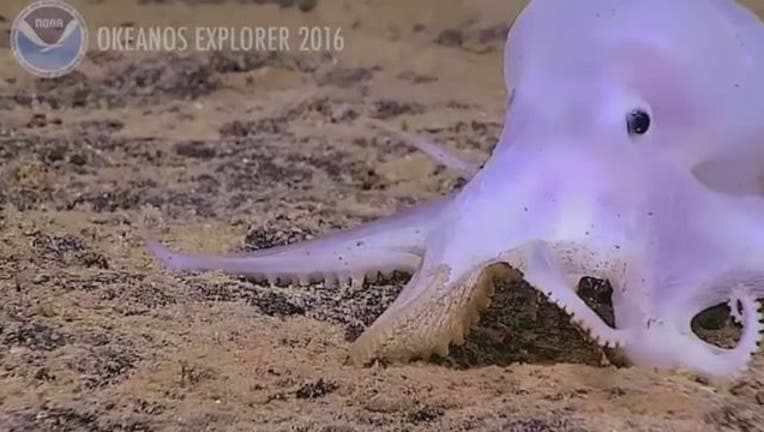 Scientists in Hawaii say they may have discovered a new species of octopus while on a deep sea dive.

During the Okeanos Explorer’s 2016 expedition, scientists found the little guy sitting on a flat rock at more than 14,000 feet below the ocean's surface.

Some of it's unique features include a lack of pigment cells, which gives it a ghost-like appearance.

The octopus also has all of its suckers in one row on each arm - rather than the typical two rows.

Scientists said they may name it "ghostopus," but that decision won't be made for awhile.