An overnight fire at a popular pizza place in Keego Harbor left the roof of the establishment badly damaged. The owner plans to rebuild.

KEEGO HARBOR, Mich. (FOX 2) - The owner of a popular pizza restaurant promises to rebuild after a fire caused damage to the roof Friday morning.

The community-favorite restaurant in Keego Harbor was observed with smoke coming from its roof early May 13 while someone was passing by the establishment. After an emergency call, crews from six stations in West Bloomfield Township responded around 5 a.m.

The cause of the fire hasn't been determined.

By 8 a.m., crews had stamped out the blaze, which caused some damage to the entryway of the restaurant. It possibly started in a storage room, Santia said.

"Now we have the task of figuring out what happened and we'll do that. We'll work with the business owners," said Byron Turnquist, the fire marshal for West Bloomfield.

The restaurant's owners were excited about the reopening of the nearby road, which meant more foot traffic and easier access. But the fire dampened those hopes when the police chief called Santia early Friday morning.

"Hey Gino, I hate to tell you bad news, but your restaurant is on fire," he recalls hearing over the phone.

It's the first incident like this that he's experienced at the restaurant. "I never thought anything could happen here. the building is so well built," he said, saying there is very little wood inside the building that could have worsened the fire. 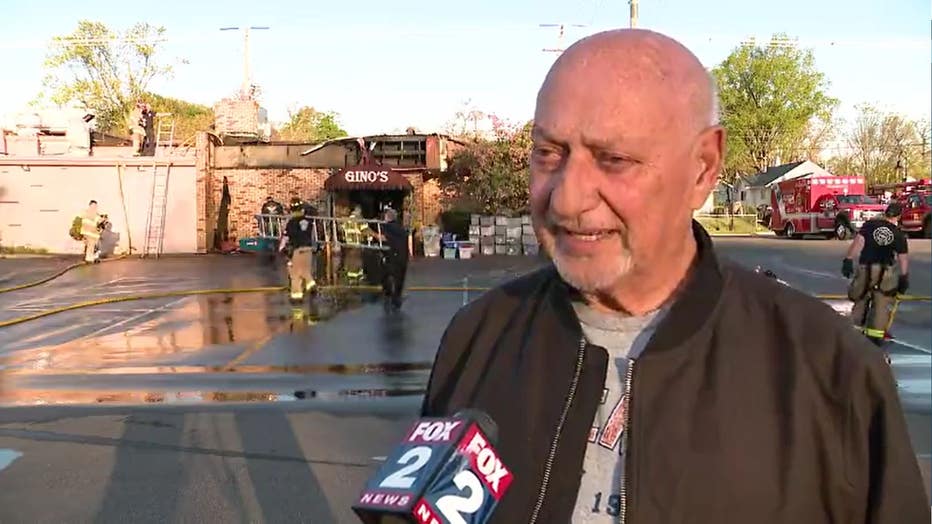 Santia was confident no foul play was evident since him and his son were at the restaurant late Thursday night serving school kids pizza.

Some events scheduled at Gino's will need to be canceled, but the banquet hall next door will remain in operation.

MORE: Temperatures in the 80s this weekend along with some rain Saturday

"Gino's Restaurant has been a staple in the Keego Harbor West Bloomfield community for more than 50 years and they'll be able to rebuild the restaurant," said Turnquist.