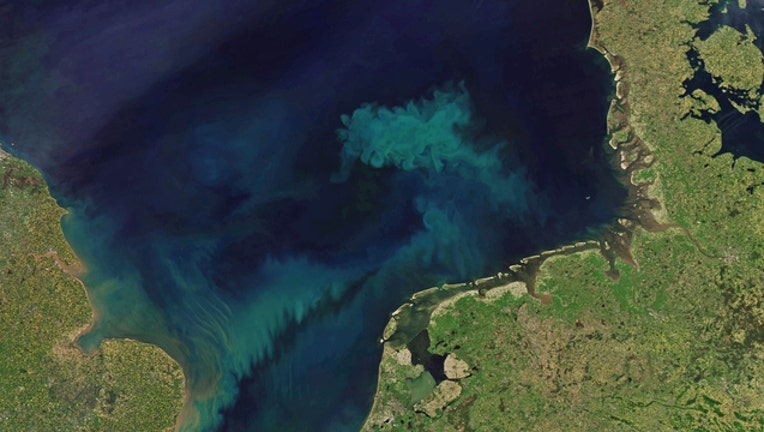 (FOX 2) - Climate change isn't only warming our planet. It's also changing the color of the oceans.

Results just published in Nature Communications are showing the color of the oceans have also been in the cross hairs of a shifting global climate. An MIT study is reporting that by the end of the 21st century, 50 percent of the world's ocean, will be a different color.

The shifting colors of the ocean is tied to the organisms that live in the surface of the water. The fewer micro-organisms, the bluer the ocean looks. Likewise, the more abundant they are, the less blue the water will be.

The lead author says the ocean will still reflect the basic “blue” color palette we currently see, but the blue areas like the subtropics will look more blue, and greener regions near the poles will be more green. That's because the organisms that reflect those hues are moving, becoming more abundant in some areas and more sparse in others.

“The basic pattern will still be there,” said Research Scientist Stephanie Dutkiewicz in a press release from MIT. “But it'll be enough different that it will affect the rest of the food web that phytoplankton supports.”

The shades of the oceans' surfaces depend on how sunlight is interacting with what is in the water. Water molecules absorb almost all of the light hitting it, except for the blue part of the spectrum. That gets reflected back out, giving it its deep blue color. However, any organisms living in the area will distort that process and reflect different wavelengths of light.

The best example is phytoplankton - an aquatic micro-organism. Because they contain a pigment that reflects green light, portions of sunlight that bounces back make the water glow with a greenish hue. A localized example of this process is in Lake Erie, which appears more green in satellite images during algal bloom events.

Using a model that tracks the movements of these organisms, the researchers made predictions about the ocean's color as environmental conditions change in the future. For the study, they cranked up the global temperature in the model by 3 degrees Celsius by 2100 and found blue and green wavelengths responded the fastest.

“According to their model, climate change is already changing the makeup of phytoplankton, and by extension, the color of the oceans. By the end of the century, our blue planet may look visibly altered,” wrote Jennifer Chu in the press release.