FOX 2 - Five candidates for governor are in jeopardy of being kicked off the ballot. The State Elections Bureau recommends the five GOP candidates, including frontrunner James Craig be removed from the ballot, over fraudulent petition signatures.

The result is Craig, Perry Johnson, Mike Brown, Donna Brandenburg and Michael Markey Jr. don't have the required number of signatures to run. As Republicans pledge to fight this, Craig contends somebody wanted him out of the race.

A hearing on the recommendations -- will be held Thursday and if the board of canvassers agrees. It would be a major shakeup in republican efforts to unseat Governor Gretchen Whitmer.

Now there are a lot of questions about who gathered these signatures. FOX 2 spoke to Jamie Roe, a political consultant who is working for gubernatorial challenger Kevin Rinke.

Roe said many campaigns pay people to be circulators, to collect the signatures - and he says the cost is tremendous.

"The requirement to get signatures to get on the ballot, I think is a good one," Roe said. "It's designed to be a test of your organization, to show that you have people all over the state where you go out and ask people to sign your petition and it shows you have a modicum of support."

FOX 2: "Assuming you can prove these signatures were fraudulent, who should investigate, what is the process?"

"There should be an investigation," Roe said. "I feel sorry for these candidates that got duped into hiring these fraudsters to some degree. And I think it is a requirement of the Secretary of State to gather the information or the candidates themselves, to turn it over to a county prosecutor or the (state) attorney general.

FOX 2: "Can you make any legitimate argument that these five candidate should be on the ballot even if these signatures are fraudulent?"

"Quite plain and simply no," said Roe. "It's unfortunate, and I feel bad for these campaigns, but the fact of the matter is, you should have quality control of your petition process."

"I think it happened because there's so much money being thrown around right now for these vagabond groups that are the petition circulator industry," Roe said. "And they found it easier to have four or five guys sitting around a table signing petitions than going out  and actually asking people to sign them."

Charlie Langton and photog Matt Phillips went on the road looking to talk to the identified signature gatherers. In every instance, the people turned tail and left.

The procedure now according to the Secretary of State, is that the Bureau of Elections (assuming the Board of Canvassers declare those candidates' signatures invalid), it will do an investigation for fraud.

If fraud is found, the findings will be turned over to Michigan Attorney General Dana Nessel's office for possible prosecution. 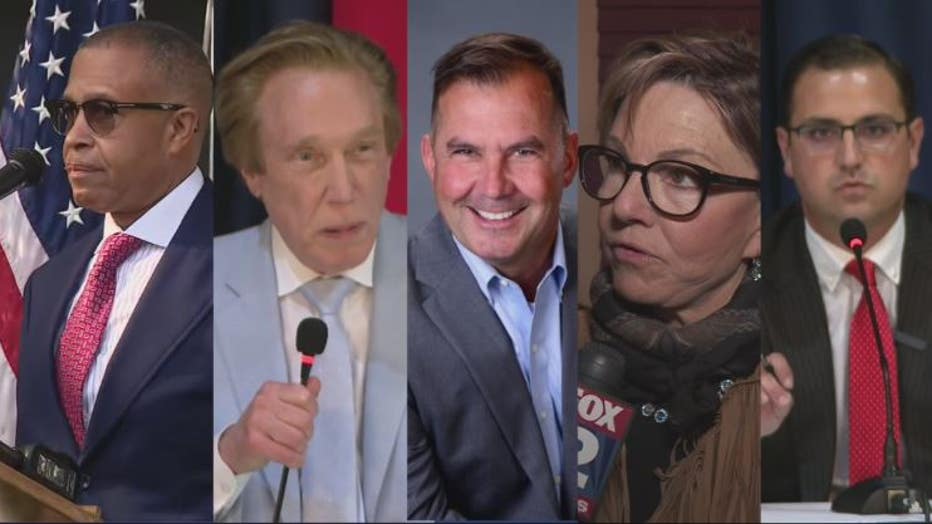