DETROIT (FOX 2) - "Racism is embedded in every facet of our society, but it doesn't have to be," said Mike Rafferty.

Rafferty, the president and CEO of New Detroit - a coalition of government and business leaders, community activists and educators, declared war on racism Monday.

New Detroit is a coalition of government and business leaders, community activists and educators, declared war on racism Monday.

"We all inherited racism but there's no reason for our children to," he said.

They are dedicated to promoting racial equity in all organizations.

"We are now engaged in intentional, deliberate and lasting war on racism - we commit to this war until racism is abolished," said Rachel Tronstein Stewart, president, Gardner-White Furniture.

New Detroit grew out of the rebellion of 1967 and was formed by Michigan Governor George Romney, Detroit Mayor Jerome Cavanaugh and business executive Joseph Hudson.

It promotes racial justice, understanding and equity in the decades since - the work so important in this moment of reckoning in the aftermath of the murder of George Floyd and so many others.

"The work then is, as it is now, necessary, important and required," said Conrad Mallet, deputy mayor of Detroit.

"Our anger - our pain and our grief - compels us to act and act now," said Alice Thompson, CEO, Black Family Development.

"We know that racism is and must be universally acknowledged as a threat to public health," said Roy Wilson, M.D. Wayne State University. 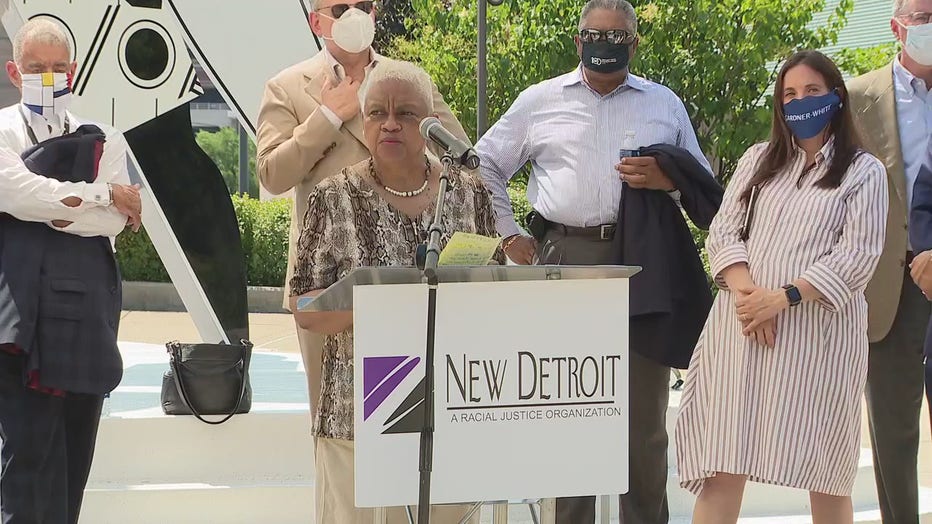 The coalition is re-committing publicly to eradicating racism in our homes, offices and communities and to working on a model to help other cities do the same. It is also praising the young people now at the heart of this movement.

"These young people decided that America is worth fighting for," said Maureen Taylor, state chair, Michigan Welfare Rights. "I ask you now to heed this call to action."

These leaders said it starts with self-reflection and realization of how each one of us is contributing to the problem.

"Change is hard," said Thomas Stallworth, New Detroit Action Committee. "It takes courage and so we're asking people to be courageous - to face the issue of racism to face our own contributions to its perpetuation - and to seek positive change and a dismantling of the current racist system."

For more information and to get involved - log on to www.newdetroit.org