FOX 2 - As Metro Detroit still recovers from massive rainfall and flooding that hit the area three weeks ago, the Great Lakes Water Authority is sending a strong message as the upcoming forecast calls for more heavy rain.

With heavy rain forecasted for Metro Detroit over the next couple days, the Great Lakes Water Authority says preparations have been made this time.

"As it relates to the Conner Creek pump station,  we have repaired the sub priming pump and confirmed the operation of the facility and its readiness," said Navid Mehram, GLWA.

Officials also addressed issues about the power at the Freud Pump station, which cut out in the last storm.

"The power at the Freud pump station has been restored and working with utility supplies to make sure it stays stable," Mehram said.

As they look ahead…GLWA officials also incorporating changes in preparation for the rainfall expected Thursday through Saturday.

"The part that we are doing different this go-round is the 60 miles per hour winds," he said. "We are anticipating some power disruption and because of that we are increasing our emergency generator supply, just in the event that we have two power feed outages."

The potential for high winds will also impact staffing. 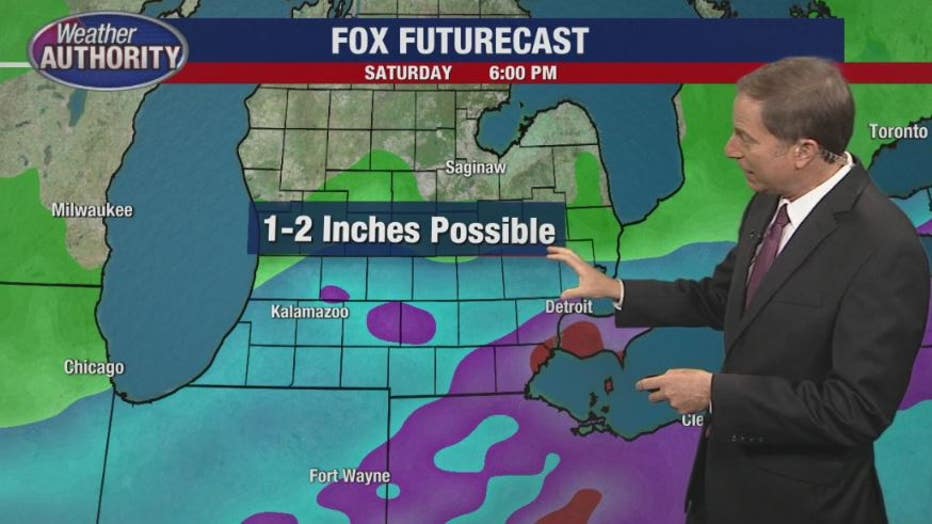 "We are staffing both areas of our tributary area with maintenance techs who specialize in emergency generators," he said.

Although all pumps were not working during the June rain event, GLWA repeatedly has said that does not equal a "failure" and as they prep for the upcoming rain event, they will rely on findings from an ongoing investigation to explain what took place.

"We have started our after-action review," he said. "And as we indicated it will probably take 60 to 90 days before we can have results."

GLWA offered some recommendations for residents.

"Residents (be) aware of their homes, check your sump pumps, check your sewer, make sure it is clear, so if there is some sort of backup it does not damage your valuables," he said.