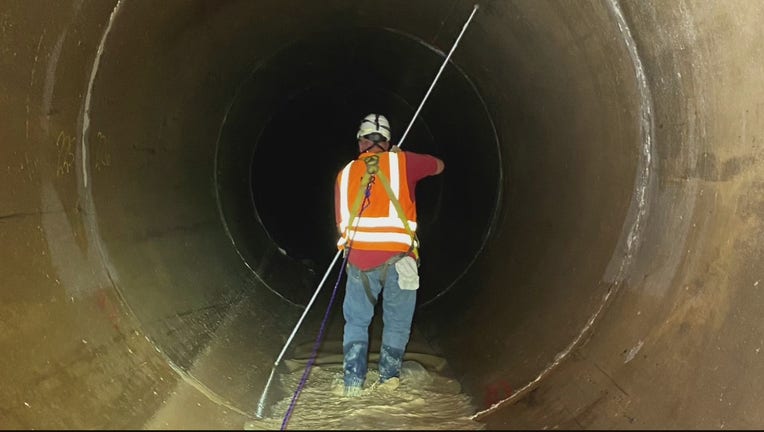 SOUTHFIELD, Mich. (FOX 2) - More than six weeks after a massive water main that supplied water to thousands of Southeast Michigan homes and businesses, the Great Lakes Water Authority (GLWA) says it expects normal operations to resume by next week.

According to a press release from the GLWA, the water flowing through the new 120-inch main meets or exceeds all regulatory standards after three different rounds of testing.

With the positive tests, the GLWA says it has started returning all regional systems to normal operations and expects it to be done by Oct. 5.

GLWA doesn't expect any major impacts during the restoration but said some of the original 23 communities may see fluctuations in water pressure.

The fix was expected to be done by early September but crews had to replace 48 feet of the 120-inch pipe, which was delayed in arriving at the site.