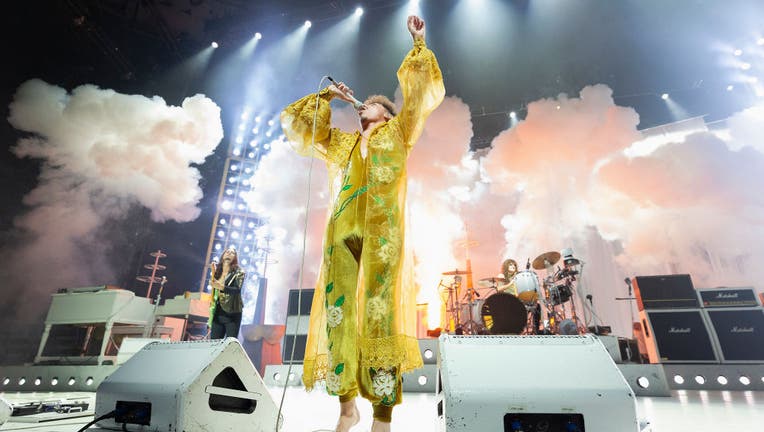 YPSILANTI, Mich. (FOX 2) - Some fans are frustrated and questioning Greta Van Fleet after the band canceled two of its Michigan shows just days before the concerts.

The band from Frankenmuth cited "production and logistical issues" beyond their control for the cancelations in a social media post Friday.

Greta Van Fleet was scheduled to play Tuesday at the Dort Financial Center in Flint and Wednesday at Eastern Michigan University in Ypsilanti.

This week's dates were rescheduled shows after the band postponed the Dreams In Gold while one of the members was sick with pneumonia in the spring.

Fans took to the band's post announcing the cancelations to express frustration and ask for transparency about why the shows aren't happening. Many called the post and explanation vague. Others defended the band and said it wasn't their fault the shows are canceled.

Other concerts on the Dreams In Gold Tour are expected to go on as planned.