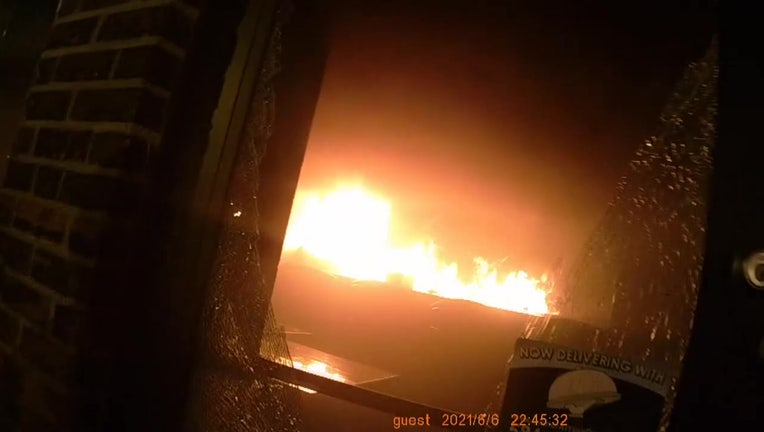 GROSSE POINTE, Mich. (FOX 2) - After a Grosse Pointe restaurant was set on fire, the city's public service officers were able to put the fire out before significant damage could be done. Now authorities are offering a cash reward for information about the person who tried to torch the restaurant.

Koi Nu Asian restaurant on Kercheval in Grosse Pointe was set on fire in early June, authorities said. In video released by the Grosse Pointe Public Works, the fire can be seen burning inside the business.

Emergency responders broke the front door of the business to get inside and tried to knock it down with a fire extinguisher before eventually having to run water lines to completely put out the fire.

As authorities investigated, they said they found five plastic water bottles inside that all smelled of gasoline.

A few days after the fire, the restaurant's surveillance video was reviewed, and an unknown man was seen in the footage. This person got in through a window, poured a liquid through the interior and then left. Shortly after, the fire was ignited.

Authorities did not release any footage of the possible suspect.

On Tuesday, Dec. 7, the Bureau of Alcohol, Tobacco, Firearms and Explosives (ATF) announced a $5,000 reward for information leading to the arrest of the person responsible.

"If it wasn’t for the quick response of the officers on duty that night it is likely the damage would have been far worse.  I am hopeful that the long-standing cooperation between the public and the police will help bring closure to this case."

Anyone with information about this incident or identification of the individual involved is asked to contact the ATF at -1-888-ATF-TIPS (1-888-283-8477), email ATFTips@atf.gov or submit information anonymously via www.ReportIt.com or the Report It mobile app, available on Google Play or the Apple App Store. When using Report It, select "ATF – Detroit Field Division" as the reporting agency. Tips can also be delivered to the City of Grosse Pointe at 313-417-1190. 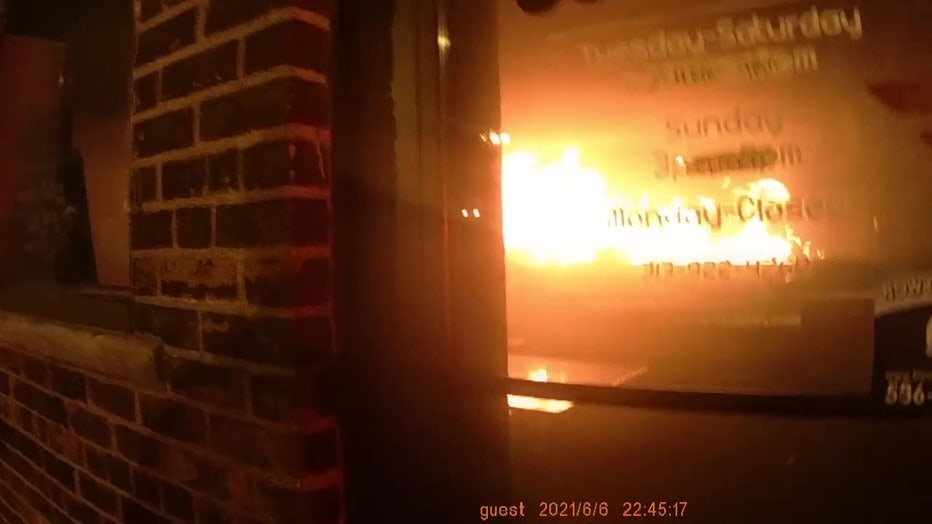