This group is asking for very specific things, determination of whether the safety plan was and is being properly followed, a new transparent process that uses student input to create an updated school safety plan for the 2022-2023 school year, and an independent expert review of the plan.

OXFORD, Mich. (FOX 2) - A group of Oxford parents and students is asking for an independent review of the school’s safety plan since the Nov. 30 mass shooting that killed four students.

"I was in the hall right next to where it all went down," said student Griffen Jones. "He turned the corner and started shooting into the crowd."

Oxford High student Griffen Jones wants to make sure the tragedy from November 30th is never repeated again - and that he can feel safe while learning.

"It’s like we already have to go back and re-live our worst nightmare every day," Jones said. "So it's real hard when it feels like my voice isn't being heard - no one's voice is being heard."

That’s a big part of what a group of parents and students - including Jones - want, transparency in how school officials plan to keep kids safe.

"The school’s been talking for three months about increasing the resource officers in that school, and still today, there is the same that there was on November 30th," said parent Jeff Jones.

FOX 2: "Does that signal the district isn’t taking this seriously?"

"It’s like they’re trying to forget it happened," added Griffen.

This group is asking for specific things:

The group has also suggested University of Michigan's National Center for School Safety could act as an independent investigator.

They’ve also said ongoing mental health challenges and the fear that students face each day while attempting to resume learning, has been tough.

"Even something like the shutting of a door too hard or kids running to class can set it off and make it hard to think," Griffen said.

Attorney General Dana Nessel is expected to meet with Oxford parents and students next week. FOX 2 contacted the board of education and Oxford Community Schools but have not received a response by the deadline for this story. 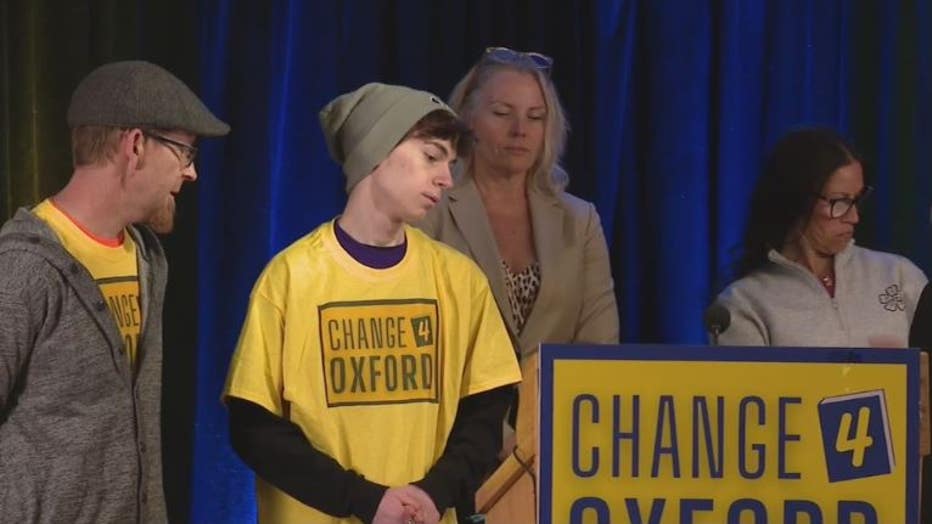