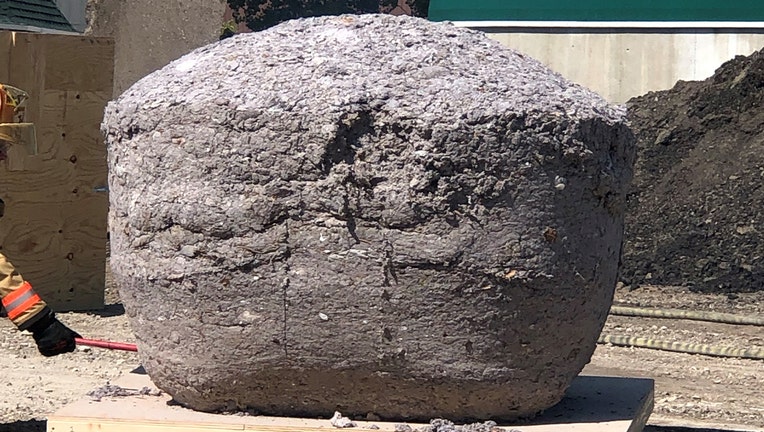 "Dryer fires are the leading cause of fires in a home," said Jason Kapica, president of Dryer Vent Wizard. "We put the plan together and had our franchises throughout the U.S. send us boxes of lint over the last several months."

But, creating this monstrosity of a fire hazard wasn't easy. Kapica said the endeavor was stressful and took a lot of work and a lot of practice. The rules for creating a world record-sized ball of lint mandates the ball must not be held together by any other materials. So the hard working employees at Dryer Vent Wizard built a wooden frame, utilized a flexible material and "basically took snow shovels of lint and put them in plastic bins."

From there, people would hold them together until the ball got to big they had to cut out plywood from the frames of the wooden box. It wasn't until last week workers achieved the right kind of rotundancy that the ball required for a Guinness World Record title.

"I think we got it done in under two hours to put the lint ball together," said Kapica.

This bit of clever branding was also meant to bring awareness to the threat that dryer fires present when lint builds up. Jason Baloga, the fire marshal for the Farmington Fire Department said proper maintenance and having adequate smoke alarms are key to keeping everyone safe. 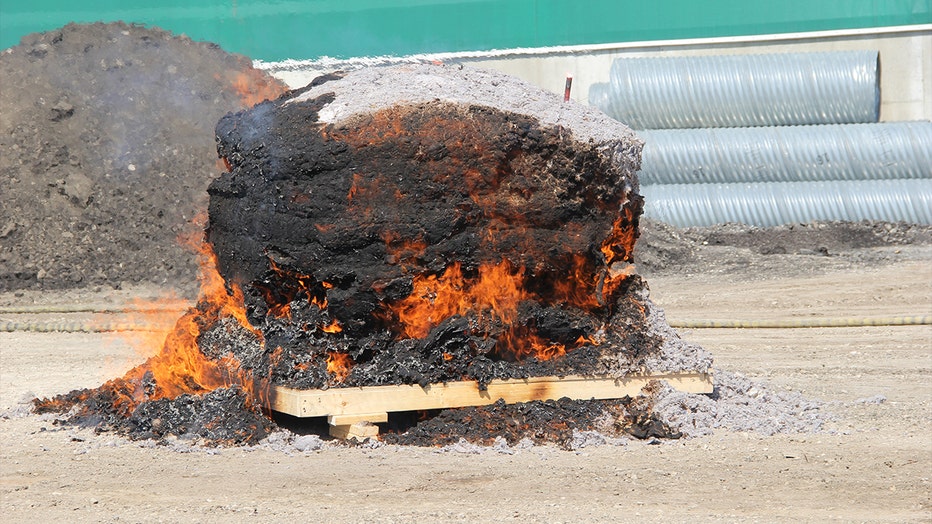 And yes, the fire department did set the ball on fire - for the purpose of showing how flammable the material can be and how important it is to discard of lint appropriately. Ironically, the blaze wasn't nearly as impressive as onlookers were expecting. The lint was apparently so compacted that it lacked the necessary oxygen needed to light up.