DETROIT (FOX 2) - The celebration is still a few weeks away but city officials already hyping the second annual Halloween in the D.

"Last year we had fewer fires even than the year before - I'll tell you what we also had - we had 35,000 children out getting candy during Halloween in the D," said Mayor Mike Duggan.

Second annual Halloween in the D

The celebration is still a few weeks away but city officials already hyping the second annual Halloween in the D.

The mayor is eager for another successful Halloween. Gone are the days of calling it Angels Night or Devils Night, instead it's what it should be.

"For decades the fire department and the fires were the centerpiece of the Halloween holiday - for decades the arsonists ruled the streets," said Detroit Fire Commissioner Eric Jones. "The citizens are just fed up with buildings burning in the city of Detroit - and everyone that I know and everyone standing up here, wanted to give this day back to where it belongs and that's with the children."

Timberlery Williams, mom to 9-month old Aaron, couldn't agree more. She remembers Halloween in Detroit from her own childhood.

"Halloween has been known over the years to be a dangerous holiday where people could commit crimes," she said. "So for it to just be seen as a holiday where kids can have fun, eat candy and come together as a family, it's a good thing."

So this year, get ready for a harvest festival, three haunted parks, pumpkins and face painting, and plenty of treats. All Detroit fire stations and all 11 of the Detroit police precincts will be having Trunk-or-Treat.

"It really does help bridge the gap between law enforcement and the community and all of us working together collectively," said Detroit Police Deputy Chief Todd Bettison. 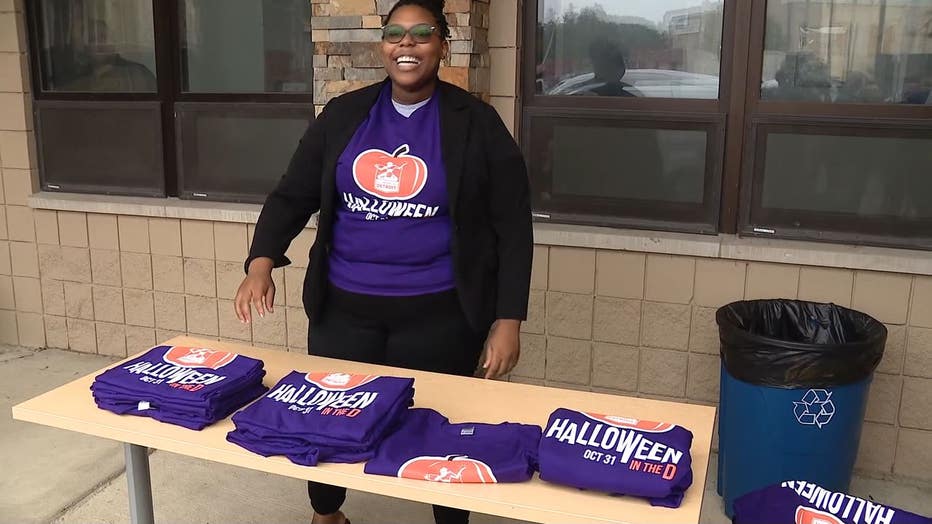 "This is just an example of everything we can do between working with city government working with the police department also to bring about change in our community," said Martin Jones, Detroit 300.

But it takes everybody to make it happen, whether you want to help with security, donations, passing out candy to sponsorships -- the city is asking you to get involved.

Most activities are scheduled for Oct. 31 but some last longer. To learn more or volunteer, visit halloweeninthed.org.