Two small terriers fulfilled their duties as guard dogs by rushing at a bear that walked into their home in Pasadena, California, on April 10.

Home surveillance video captured harrowing footage of two tiny but brave terriers chasing away a bear that had wandered into a California home.

The bear is seen casually walking onto her deck as it takes a swig of water from a nearby pond. The bear then makes its way down the steps and into the home. 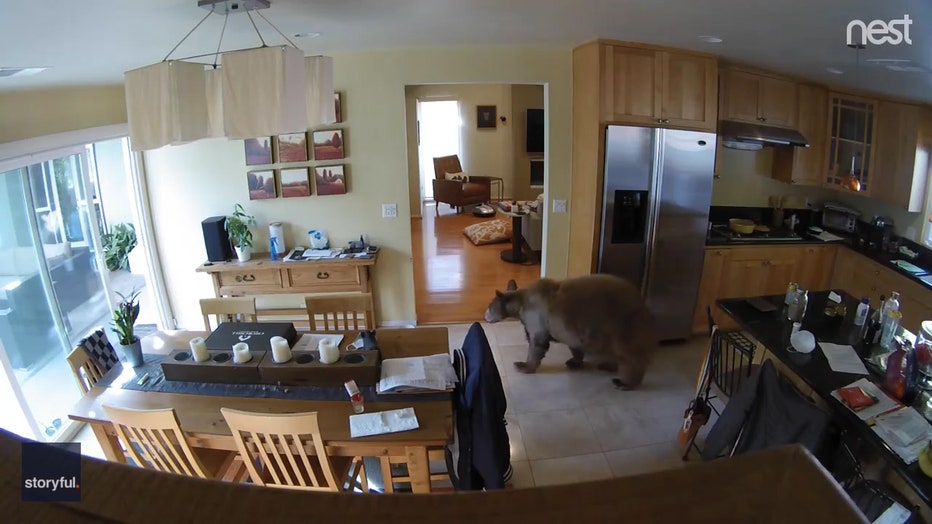 RELATED: ‘I was an easy sell’: Police captain adopts abandoned dog found in dumpster outside station

Mueller’s kitchen door was open that day, so the bear invited itself inside. A second surveillance camera in the kitchen shows the bear making its way deeper into the house as it sniffs out the new surroundings.

After checking out an unsuspecting table, the bear makes its way off-screen after which, the owner's two terriers, Squirt and Mei Mei, run into view, barking furiously.

The video then circles back to the porch camera where the bear is seen scurrying off as the two terriers chase it away.

"The bear left a trail of pee on the steps from fear of these vicious small senior dogs," Mueller said.

This isn’t the first time, however, Mueller has had bears visit her house.