BARNESVILLE, Ga. - Fred Barley is nothing if not determined. One might not notice the daily strain he has overcame just to get to his college classes. He biked more than 50 miles to make sure he registered for classes on time. He was in it alone, until someone took notice and stepped up in a big way, giving him more than a fighting chance to finish his education.

“At night when you hear the little creepy things rubbing you, that would terrify anybody,” Barley told News Radio 106.7’s Christie Hutchings.

When Barley arrived in Barnesville Saturday, after a six-hour bike ride, he had nothing. He was sleeping in a tent on campus until officers found him

“We get to talking with him asking where he’s from and he tells us story of bike ride from Conyers. I’m like man this is crazy,” said Officer Richard Carreker.

Officer Carreker believed him and he, along with another officer, put Fred in a hotel room.

“He was deeply thankful he wasn’t going to sleep in that tent,” said Carreker.

“We asked him what he wanted and what we could do for him and he just said ‘I really don’t want anything.’ After we kept asking, he said ‘A job,’” said Blaney.

Across town, over at DB’s Pizzeria, owner Debra Adamson was also hearing about Fred’s story.

“She hired me on the spot. She didn't even know my first or last name,” Barley said fighting back the laughter of sheer joy.

He’s now working and plans to enroll in classes Friday.

“I can take it out there and sleep in a tent without a job or I can come down here and do something and apply my life and make something better for it,” said Barley.

Casey said she is overwhelmed by the number of people wanting to help Fred. She has set up a Facebook Page called Success for Fred for those who wish to help. 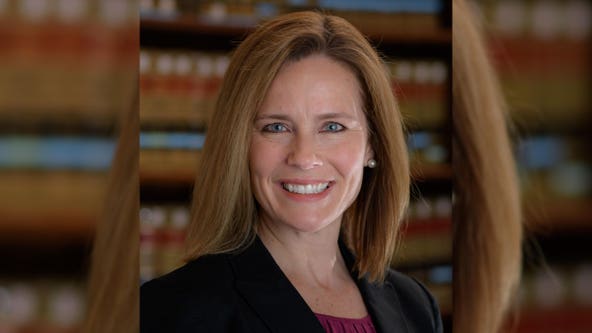