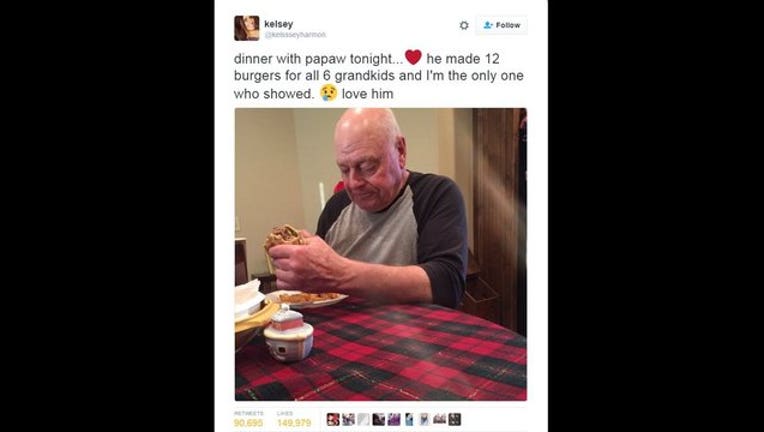 The photo shared by Twitter user @kelssseyharmon has been retweeted more than 91,000 times.

(FOX 11) - A woman's photo of her grandfather eating a hamburger and looking desolate has given thousands of people "the feels" on social media.

Twitter user @kelssseyharmon said Wednesday that she was the only one of six grandkids to show up for burger night at 'Papaw's' house.

"Dinner with papaw tonight," she wrote. "He made 12 burgers for all six grandkids and I'm the only one who showed."

The tweet inspired sadness for the grandfather as well as anger toward his grandkids for not appreciating the value of time spent with grandparents.

Others shared photos of their own burgers as a sign of solidarity with Pawpaw.

Kelsey later posted that Papaw is doing fine -- but asked that people stop sending death threats to her cousins.