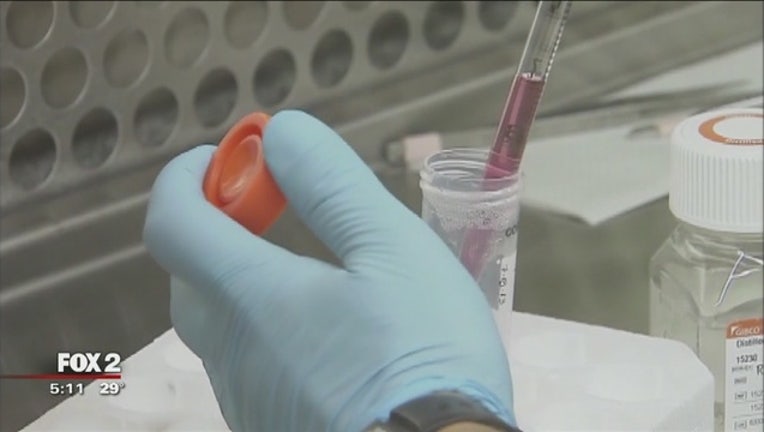 DETROIT (WJBK) - In the past few weeks and months, the number of Hepatitis A cases have surged throughout metro Detroit - and authorities say they may have found a link to the heroin and opioid epidemic.

Since August of 2016, 20 people died from Hepatitis A and a total of 583 people have been infected - according to the Michigan Department of Health and Human Services.

The most recent Hepatitis A cases were found at a Papa Romano's in Southfield, Paul's Pizza in southwest Detroit, a McDonald's in New Center, and several restaurants in the Grosse Pointe area.

Dr. Hisham Essa at Providence Hospital in Southfield says it can be transferred multiple ways.

He says another possible connection is the opioid and heroin epidemic.

According to Detroit Health Department Director, Doctor Joneigh Khaldun, the city has 143 cases. That's just 34 less than the entire county of Macomb. Almost half of them have been connected to substance abuse disorders. Department officials are visiting recovery centers and homeless shelters to provide vaccines.

"We've actually been there and vaccinating people proactively so we can get ahead of this outbreak," Dr. Khaldun said.

Those at high risk include the elderly and very young, as well as those with compromised livers and immune systems and gay men.

"Also men who have sex with other men have also been impacted by this outbreak. We are really were trying to connect with the most vulnerable citizens and making sure they don't get Hepatitis A," Dr. Khaldun said.

Doctors say the best way to prevent contracting the virus is to wash your hands with soap and water and to get vaccinated. Detroit and Oakland County are offering vaccinations to people who don't have insurance.

"If they get the vaccine quick enough after being exposed they can prevent themselves from getting the disease," Dr. Khaldun said.