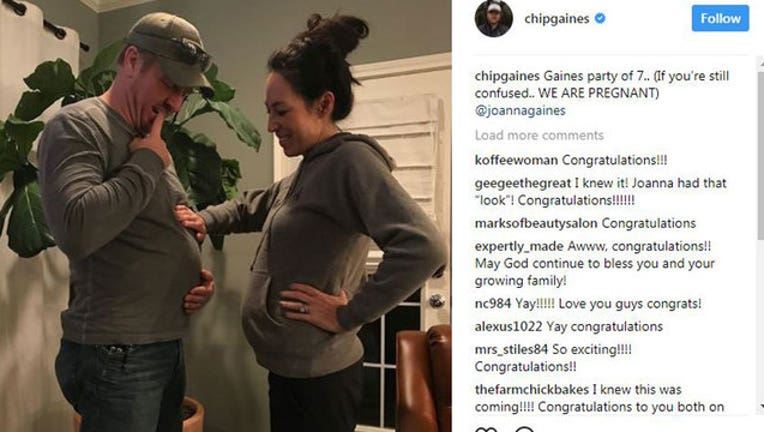 Chip Gaines posted to Instagram Tuesday night with the announcement. "Gaines party of 7.. (If you're still confused.. WE ARE PREGNANT)" the post reads.

The announcement comes just months after the "Fixer Upper" stars announced they're ending their wildly popular HGTV show. They said last fall this fifth season will be their final.

In an interview with People magazine, Chip and Joanna Gaines cited a grueling 11-month production schedule as a reason for the show’s end. Chip said the show was demanding from him time that he needed to be giving to the couple’s businesses, relationship and family.

“Fixer Upper” launched in 2013 and follows the two as they redo houses near their Texas home.