RIVERVIEW, Fla. - When a Hillsborough County deputy walked into a Riverview home, she believed someone inside needed medical attention. Instead, she encountered an armed man and was forced to fire her weapon – killing him, according to the sheriff.

The 88-year-old man, identified as Ronald Ehrich, was a retired Tampa police sergeant. The sheriff said he died from his injuries following the Tuesday morning shooting.

According to Sheriff Chad Chronister, the agency received a call at 7:26 a.m. from a neighbor in the 12000 block of Longcrest Drive. She said she was concerned about the well-being of her neighbor after noticing the garage door remained open for at least two days. Chronister said Ehrich lived alone at the home.

The deputy arrived by 7:39 a.m. and spoke to the neighbor. She slipped on latex gloves, believing she would have to provide medical assistance, the sheriff explained during Tuesday's press conference. Chronister said he viewed her body camera video, which showed her announcing her presence while searching the first floor.

"On the way up, she is knocking on the wall of the stairwell, trying to get anyone's attention," Chronister explained. "As she’s walking upstairs she encounters one of the bedrooms that is locked. Continues searching…goes back to the locked bedroom. She hears a voice…a gentleman saying he is armed with a firearm." 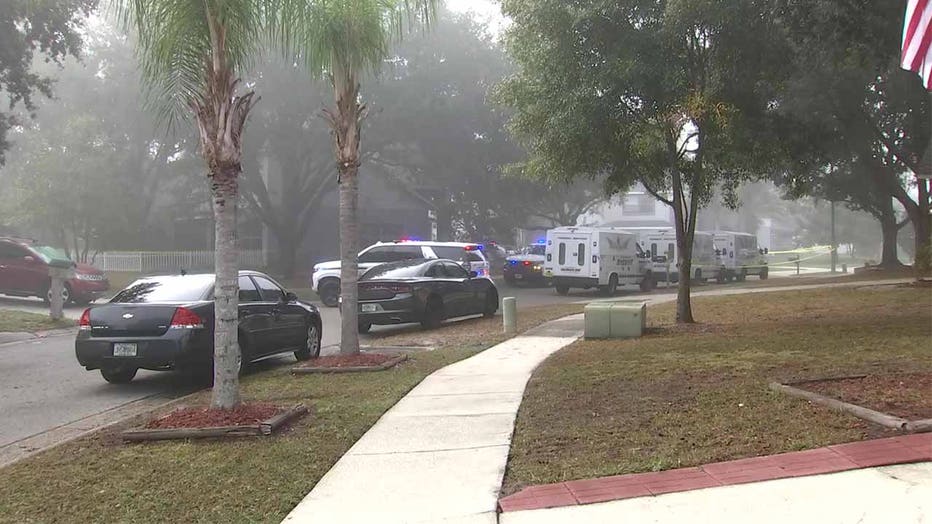 Chronister said the deputy, who has been employed with the agency since 2015, continued to reiterate that she was with the sheriff's office and was "here to help you." The body camera footage showed her beginning to retreat down a hallway after he opened the bedroom door with the handgun, the sheriff added.

As she was asking him to drop the weapon, she said, "Please don't make me do this," Chronister said. The deputy ended up in another bedroom, where Ehrich eventually entered.

"She is left with no option…discharges her service weapon," the sheriff continued. "If you examine what happened…what could she have done different? He continued his aggressive action towards her. She’s making every effort to deescalate this situation."

Chronister said the deputy had no disciplinary history within the agency. Ehrich had no criminal history.