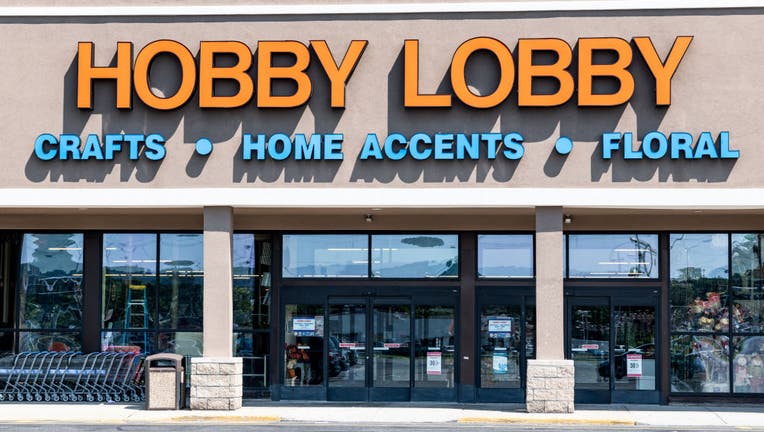 Hobby Lobby CEO David Green sent shockwaves through the news cycle after writing in a recent Fox News opinion piece that he elected to walk away from the craft store chain and choose God instead.

"Patagonia’s founder recently made news when he gave away the ownership in his company to allow the mission and purpose to remain intact… I experienced a similar decision-making process with my ownership of Hobby Lobby; I chose God," he wrote Friday.

Green, who discussed the piece on Sunday's "Fox & Friends Weekend," told anchor Will Cain his mission is to be a steward instead of an owner.

"We want to be stewards of what God has given us, and that's the difference," he said.

"There's a huge paradigm change between owning a company and stewarding it, and we want to be stewards of what God has given us."

Green told Cain that 100% of the company's voting stock has been moved to a trust where the "stewardship" can continue to pass on to one person from another.

"All the voting stock is in 1% in its trust, and it is being managed and being stewarded instead of seeing ourselves as owners," he added.

PATAGONIA'S BILLIONAIRE FOUNDER PUTS HIS MONEY WHERE HIS MOUTH IS

Green said that rescinding the company's focus on "ownership" helps honor God "tremendously" by alleviating the burden of wealth.

"Wealth can be a curse and, in most cases, if you drill down on it, wealth is a curse in terms of marriage, children and things of that nature; so we're stewarding our company and, therefore, our children come to work, and they get what they earn… it's a paradigm change from ownership that can really wreck a family," he said.

He also chalked up his decision to God's ownership of everything, saying, "You own it, then we're going to steward it."

In his Friday opinion piece, Green challenged business leaders to assess their source of truth, offering hints of wisdom from the book of Proverbs and stressing the importance of tithing.

"For me, my source of truth has always been prayer and the Bible. I truly believe that if leaders pray and seek truth from the Bible that their businesses will be revolutionized," he wrote.

"For instance, the Bible talks about giving a tithe or 10%… Can you imagine what would happen if every top leader in business became a tither? There would be literally billions available for good work around the world."

MY DECISION TO GIVE AWAY OWNERSHIP OF HOBBY LOBBY: I CHOSE GOD

He encouraged readers to seek wisdom from Proverbs by reading one of the book's 31 chapters each day and reiterated his message of stewardship in urging others to take care of what God has given.

"The biggest challenge is to ask the question of whether you are an owner or a steward – a manager of what you’ve been entrusted with," the article reads.

"From the very beginning, our purpose was to honor God in all that we did. We worked hard and God gave the results. As we were blessed by God, we saw it as a great privilege to give back. We’ve been able to provide hope through supporting ministries and planting churches all over the world."

Read more of this story from FOX News.