Lonnie McCaskill-Thomas, who we first spoke to in August had to go on blood thinners before giving birth to her fourth child. Her doctors recommended a new medication, calling it a life or death situation but was not covered by her VA health insurance.

HOUSTON - *EDITOR'S NOTE* Lonnice McCaskill-Thomas has given birth safely to her child since this report was published.

Lonnice McCaskill-Thomas says the weeks leading up to her September 7 delivery date have been stressful. Last year while vacationing in Florida, a medical emergency two months after she delivered her third child caused her to begin taking blood thinner medication, after suffering from a pulmonary embolism.

She was having problems eating, and began to cough up blood," says her husband Emmanuel. "Her temperature was very high.

Houston woman hit with $5,000 prescription to survive pregnancy, hopes to raise awareness on the issue

**NOTE: This video is from a previous report. See video above for update.** A pregnant Houston woman says the blood thinner prescription she needs to stay alive will cost up to $5,000.

As a result, she was rushed to the hospital. That's when the doctor there was able to find out she was suffering from blood clots."

McCaskill-Thomas was then prescribed Warfarin, a blood thinner commonly used to treat and prevent blood clots, and stayed on it for a total of six months.

"The doctor told us, in most cases they don't find out this is the problem until after that person dies, during the autopsy," her husband says. 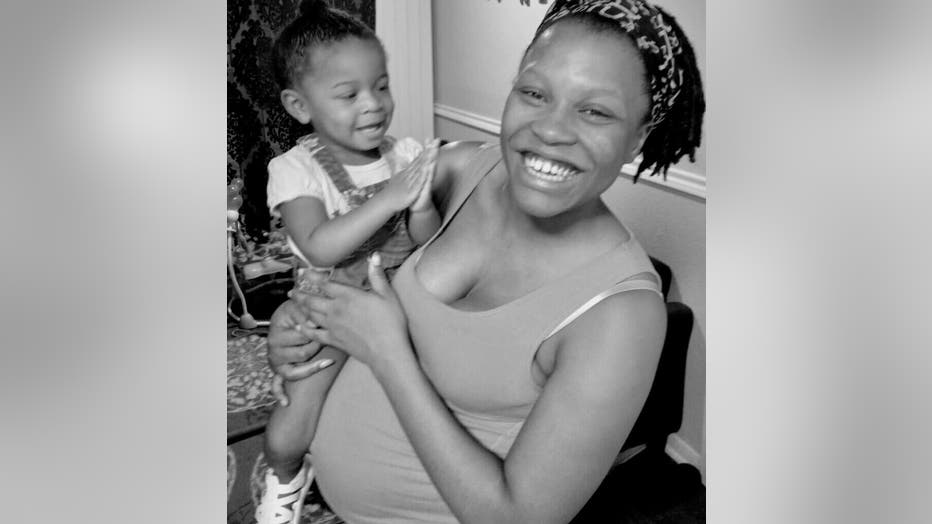 Lonnice, a 30-year-old Army veteran who served two tours in Iraq and Afghanistan, receives her medical care through the VA system.

As she and her husband prepared for their fourth child, they tell FOX 26 that her VA medical records from Florida were not transferred to Houston until she was 8 months pregnant.

Their local doctor immediately prescribed a stronger blood thinner, called Heparin. They were told the drug was vital for her to even have a chance of surviving the delivery but it is not available to her through her VA benefits.

"It's $321 a week at the only pharmacy that seems to carry it," says McCaskill-Thomas. "I take it two times per day. And even with that, it's not the full dose that you're going to need. We've heard other stories from other women where the price tag got up to close to $600. Who has that kind of money?" 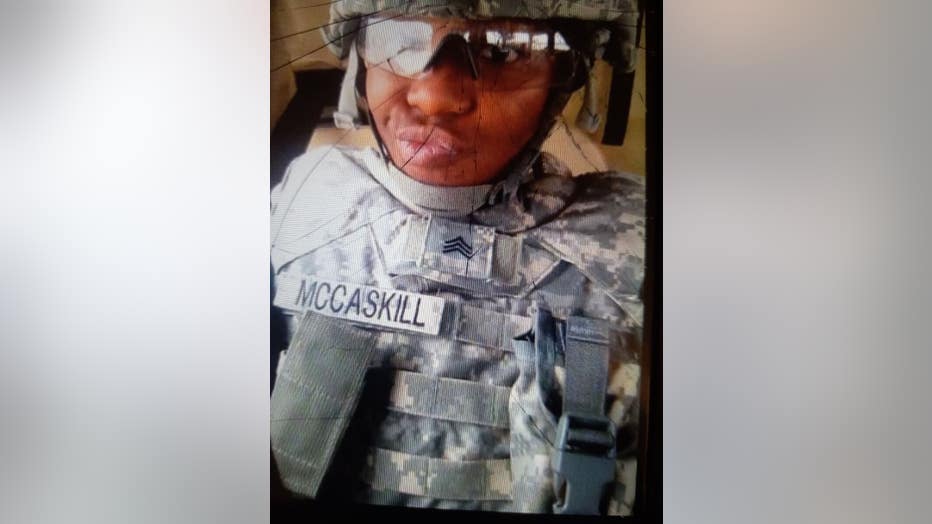 30-year-old Lonnice McCaskill-Thomas is an Army veteran, with service in Iraq and Afghanistan.

The Thomas Family says they could be facing a total of over $5,000 in prescription costs to give Lonnice a fighting chance to survive the pregnancy and delivery.

Her husband Emmanuel was injured in a car accident the last year and is currently looking for work, while also aiming to be there for his wife and family.

He says he finds it hard to imagine a life without Lonnice.

"I have to remain strong because I don't wanna face being here with them alone. I can't be a mother to my daughters," says Thomas. 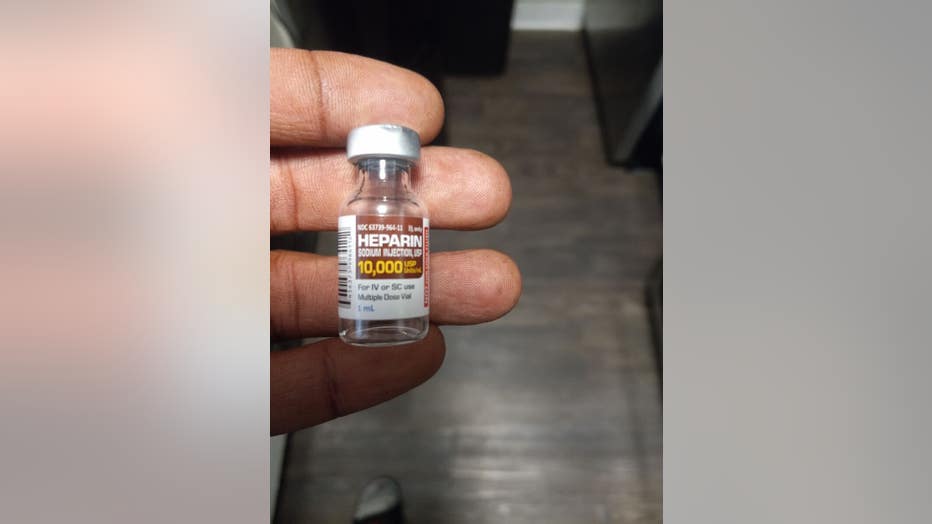 Heparin, a blood thinner medication used to prevent and treat blood clots, will cost McCaskill-Thomas close to $5,000 until the end of the year. Her doctor says she has to take it weekly up until her delivery, and four months after. Her VA benefits d

"Sometimes minorities can get dismissed when they're going to the hospital, secondary to they may be short of breath," says the maternal-fetal medicine specialist.

"So if someone doesn't recognize those symptoms right away, they might be dismissed. In terms of being a minority, there are other aspects involved. A lot are handling multiple things at a time or may have multiple children and other factors."

She suffered from a pulmonary embolism and was faced with challenges from her doctors shortly after giving birth to her daughter in 2011.

Prescription for Savings: How online pharmacies are slashing costs

Some online pharmacies offer prescription drugs at much lower costs without using insurance.

Williams had a history of blood clots and was off her daily blood thinner medication due to an emergency C-section.

"I've been told that when I go in to give birth, to tell him my last wishes and to write out a will. I'm 30 years old!"

Lonnice and Emmanuel shared their story with Fox 26 to bring awareness to the issue, in hopes to help another family do what they can to keep each other healthy, with or without a pregnancy.

"I just think of all the women that didn't get a chance to speak about this. And now they're no longer breathing," says McCaskill-Thomas. 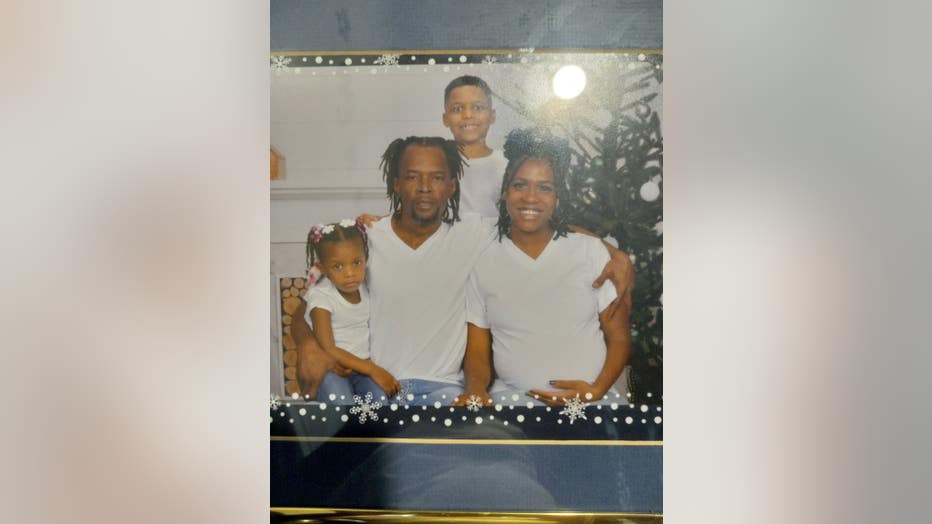 Dr. Burgess says there are some practical things women and their families can do to keep each other healthy and advocate for a loved one's health.

She recommends that women, pregnant or wanting to become pregnant, remain active with exercise and a balanced diet. She also suggests that women are aware of their family medical history and get screened regularly. Family members are also encouraged to monitor each other's health and be willing to speak up for them in a doctor's office or a hospital setting if necessary.

"Even though there is mistrust from the African-American community of physicians, and it is for good reason because of systemic bias in the past...seeking other sources, in the end, can be very detrimental to our community," says Burgess. "There are plenty of wonderful doctors that I work with who are African-American, multicultural, or of different communities."