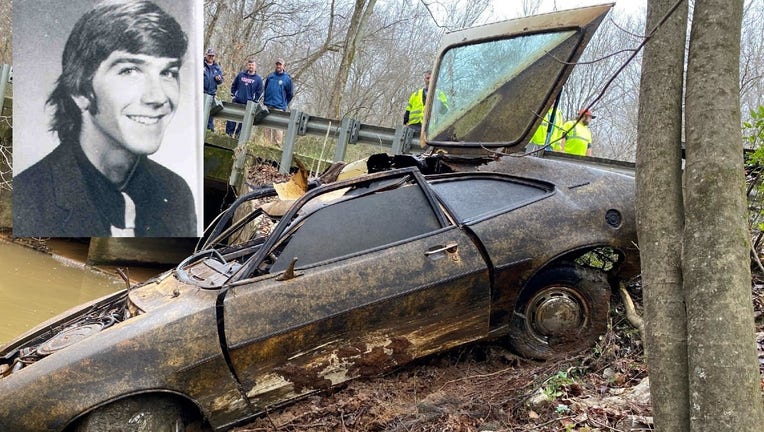 LAGRANGE, Ga. - Troup County investigators believe they have found the body of a missing Auburn University student who disappeared over 45 years ago.

Officials say on the night of Jan. 27, 1976, 22-year-old Kyle Wade Clinkscales left LaGrange, Georgia to head back to Auburn University where he was studying.

Clinkscales never got back to the college and he nor his white 1974 Pinto Runabout were ever found.

On Tuesday morning, deputies with the Chambers County Sheriff's Office in Alabama were contacted by a 911 caller alerting them they discovered what appeared to be a car submerged in a creek off of County Road 38.

Deputies at the scene found what appeared to be a Ford car with a 1976 Georgia tag with a Troup County decal. After running the records, investigators say the tag and VIN matched the car Clinkscales was last seen driving before he disappeared.

Officials say they discovered bones and an ID in the car as well.

The vehicle has been taken to the Troup County Sheriff’s Office to be processed by special agents and the Georgia Bureau of Investigation.