DETROIT (FOX 2) - People in the area knew something was sketchy at an obscure business called M-1 in a plaza on Detroit's west side.

Shoppers would see women inside sleeping on mattresses. One of those people finally spoke up to Detroit police and broke up a human trafficking ring.

People in the area knew something was shady at an obscure business called M-1 in a plaza on Detroit's west side.

"They (would) talk to you out of a peep hole to try and find out who you are, you can't get in there without an appointment," said a woman who lives nearby.

She must have been by here hundreds of times but with a name like "M-1 Health" the place - could have been anything.

"I saw suspicious men pulling up and parking, waiting in the parking lot, then going in," she said.

The Tele-Craft Plaza on Detroit's west side off Telegraph near I-96 was to a strip club, night club, liquor store - and now a human trafficking operation posing as a spa.

" I just felt like it was fishy stuff going on in here," she said.

The alleged madam - Mi Ok Dahl was arrested and charged with human trafficking and prostitution, thanks to a tip into police.

"It was the same cars parked in the parking lot like they never left," the witness said.

"As many time as I walk by I always wonder like, what is this place," said Kionn Griggs, who lives nearby. "I never suspected it would be human trafficking."

Griggs is at the plaza all the time with his brother - he saw some bizarre stuff too. 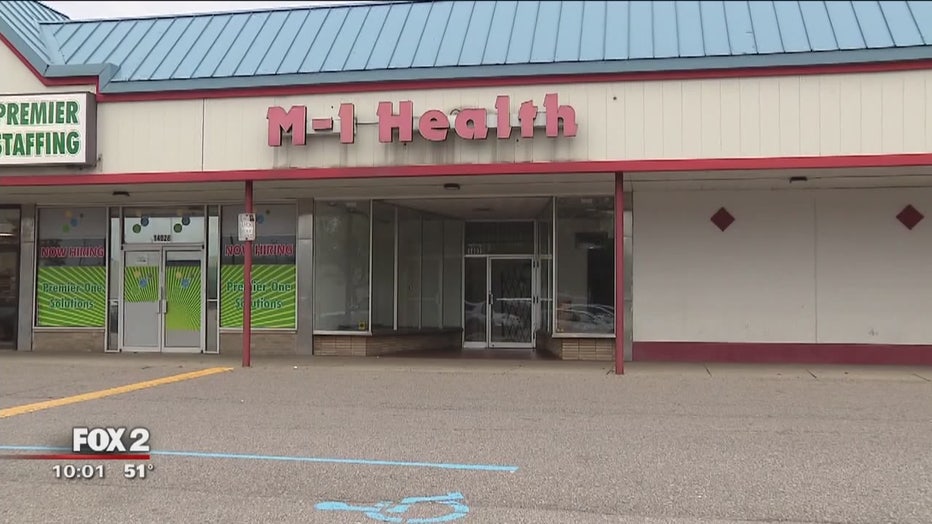 A quick Google search and you can find M-1 Health on Groupon, described as luxury spa that offers massages services to meet your personal needs.

There were no lights on inside. FOX 2 tried knocking and calling - but it looks like they're closed up.

It's unclear what happened to the women that were living there, but typically there are non-profits that help these women transition out of this lifestyle.