"I'm helping others. I'm hoping to get closer to a cure," said Krissi Kinney.

For Krissi, her fight against Huntington's disease is extremely personal. Her family has been profoundly impacted by the rare, fatal, genetic disorder.

"It's a combination of ALS, Parkinson's, Alzheimers and more," she said.

It's a degenerative neurological condition that impacts mobility, speech, cognition. Krissi watched it take the life of her grandfather, her uncle and now she's watching it take her mother, Sue - once so active and funny, now requires full-time care.

"Slowly having a walker, slowly being bedridden - not being able to go out, not being able to communicate to where people can even understand what she's saying. It's heartbreaking to watch your mom make that journey," Krissi said.

Krissi Kinney has seen a rare, fatal, genetic disorder steal so much from her and her family in past years. Actively raising money to find a cure, the annual benefit dinner she puts on is coming up to help her solve the mystery of Huntington's Disease.

Sue is just 62 years old. She was in her early to mid-40s when she started exhibiting symptoms. By 2019 she needed constant help. Krissi's 8-year-old son, Renny, often visits with his grandmother.

Krissi also shared with us a conversation she had with her son.

"I can never understand her or talk to her - or play games," said Renny from his mom's lap.

"What would you like to do with Grandma Sue if she did not have Huntington's disease?" asks Krissi.

"Take walks in the summer, in the fall roll in piles of leaves," he responds.

It's a disease that impacts the entire family and because it can be passed on it's so important to Krissi and others to find a cure. It's the same degenerative neurological condition that former WJBK Reporter Kathy Walsh is also battling.

We brought you her story a couple of years ago.

"I just want to make sure people know that just because you get something like this - it's not a death sentence - it's about living every day to the fullest and being the best person you can be," said Walsh during an interview.

Even in the face of a disease that has no cure, she has a positive attitude. That's not to say there hasn't been progress, however.

"There is a lot of hope - and a lot of things that have happened in that last decade or two that honestly I never thought I would see in my lifetime," said Krissi. 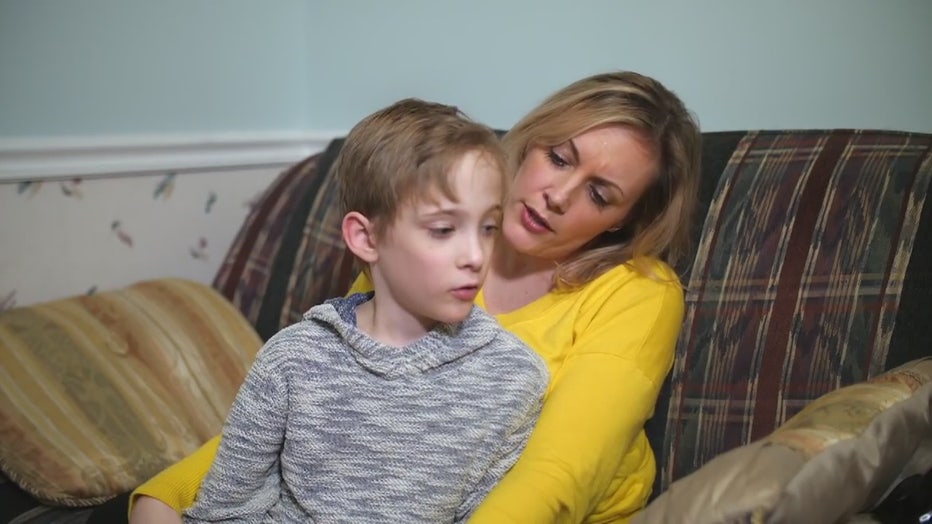 Which is why, for the 11th year in a row, Krissi and her friend Amber are hosting Spotlight on a Cure at Enchantment Hall in Shelby Township. It's a dinner and auction with entertainment this year from comedian Mauranzio Vance and many other acts, including singer Shelby Lentz, who is a Huntington's patient.

"It's a fun night where people can learn about Huntington's disease that might not know about it, have fun, interact with people and raise money while we're having a good time," Krissi said.

A night of smiles to combat a deadly serious disease, one that Krissy hopes more people will learn about, and when they meet a Huntington's patient, like her mom Sue will show some love and compassion.

"Even though she can't talk she can still hear and understand and you can see it in her face that she knows what's going on, so to have that personal touch, it's huge," Krissi said.

The big night is March 14. It's only $40 in advance and $50 at the door for a night of food and fun in hopes of finding a cure. Click here for more information.