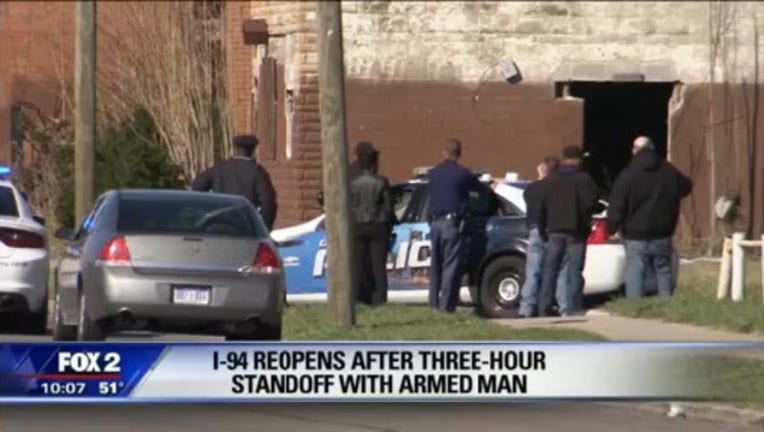 I-94 reopens after standoff with armed man

(WJBK) - A scary situation today on I-94 as a man with a gun forces police to shut down the freeway. It happened earlier this morning. The freeway had to be shut down in both directions in the area of Conner and Dickerson.

He was seen walking with the gun and pointing it at his head. After about a three-hour standoff, police used a flash grenade to startle him causing him to  drop the gun. That's when police were able to move in to make the arrest. Luckily, no one was hurt.

Police are not releasing the man's name at this time.