"I want you to know that I see you, I hear you, I believe you," Gov. Gretchen Whitmer.

Whitmer says she is also a survivor herself.

"You aren't defined by the worst thing that happened to you," she said. "You can - and you will, heal."

Whitmer was the keynote speaker at the 5th annual "Let's End Campus Sexual Assault" at Eastern Michigan University Tuesday, recalled that horrific day she was sexually assaulted back in 1989.

She said the sexual assault happened to her when she was only a freshman at Michigan State University.

"I was young and I felt alone and I didn't even have the first clue of where to even go, to get help," she said. "And frankly I wasn't sure if anyone would believe me."

She said she tried to bury her trauma and move on. Whitmer added she understands why those assaulted, don't report it. Whitmer talked about how she opened up about her experience, six years ago.

"There are so many reasons survivors don't report," she said. "Shame, guilt, fear, or simply not wanting to worst experience of their lives."

Statistics show one in five women, one in 16 men and one in four in the Transgender community, will be sexually assaulted on a college campus according to the Rape, Abuse and Incest National Network - or RAINN - and only 20 percent of female students who've been sexually assaulted, report it.

"Campus culture and the broader societal culture are often characterized by passivity and being reactive not proactive," Whitmer said.

Whitmer says she is working continuously with university officials, law enforcement, legislators and survivors to bring an end to campus sexual assault. Whitmer says - she hopes sharing her story will give a voice to those who haven't yet, found theirs.

"I carry you in my heart every day and I will never stop fighting for you." 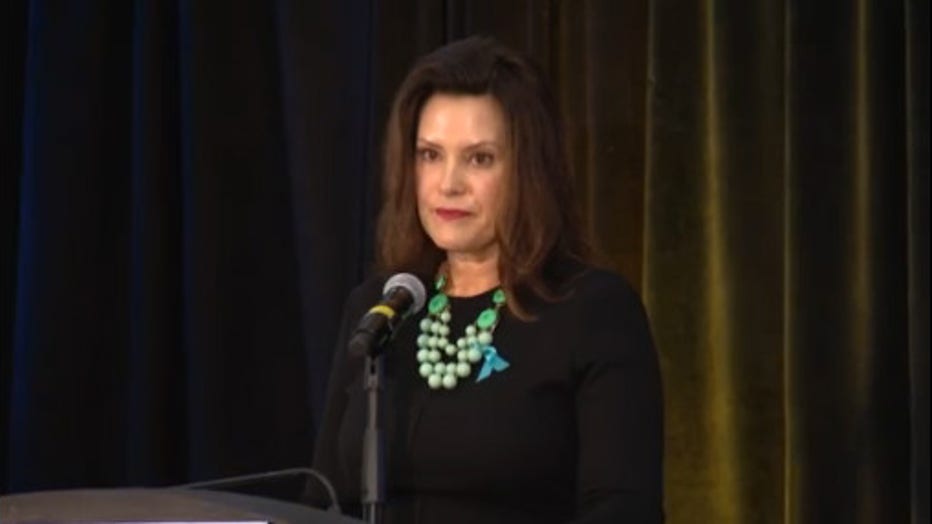