DETROIT - Amid criticism that development on property acquired during development of Little Caesars Arena was taking too long, Olympia Development has offered to trade parcels of land to the city of Detroit. In exchange, the Ilitch family-owned firm would receive a time extension on its own development.

For Detroit Mayor Mike Duggan, it's a favorable exchange for the city.

"We have an excellent deal," he said Friday. "They deeded the two properties to the city. We're going to make them into parks and we think this is the best of all worlds."

The city of Detroit announced an exchange deal between the municipality and Olympia Development that would bring two properties under its control. In exchange, the Ilitch-owned property development firm will have a time extension to develop its vacant property south of Little Caesar's Arena.

The two properties moving under the city's jurisdiction include open lots in Brush Park and the other in Midtown. In exchange, Olympia Development would be allowed more time to develop a vacant parcel of land on Henry at Woodward Avenue, which is right near the LCA property.

"We were able to extend our development agreement for the parcel just south of the arena and we're looking forward to announcing soon what we're going to be doing there," said Keith Bradford, of Olympia Development, District Detroit.

The Ilitch family will now have until September of 2022 to submit a new development plan for the empty lot. If that plan never gets sent, the city can impose penalties on the family, which would include retaking ownership of the property.

The Ilitchs originally planned for the Henry property to be a combination of hotel and retail outlets.

"We get it. People are frustrated that things may not have progressed as fast as we laid out," said Bradford.

However, with the new timeline, the company is planning on thousands of new jobs to be matched with the new development.

"One of the things we're most excited about, the seven projects that are currently underway is that they'll not only bring jobs but a significant amount of jobs - 3,800 construction jobs and over 4,600 new permanent jobs to the city of Detroit," said Bradford. 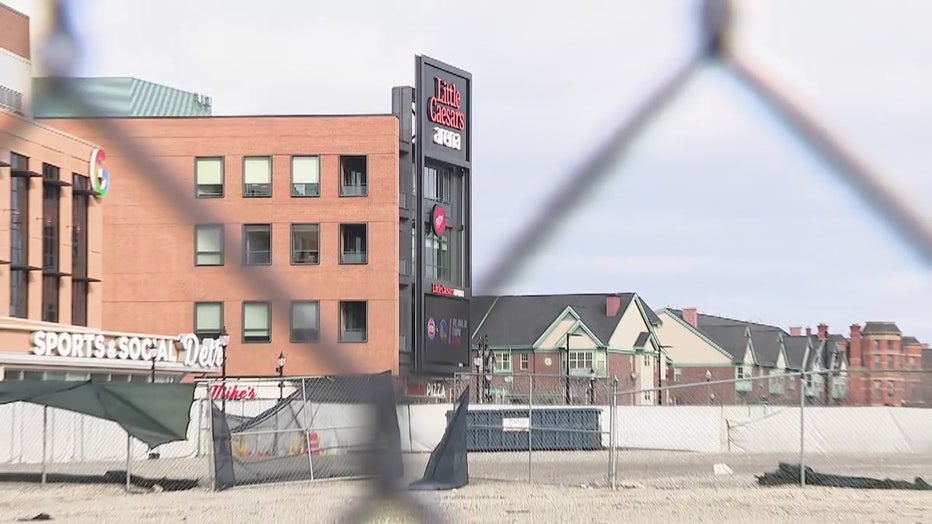 On the city's side of the deal, its new properties will become green space.

"So one of our major goals is that we have a park within a 10-minute walk for every resident across the city of Detroit," said Meagan Elliot, the chief parks planner for the city. "Now we're going to be able to expand this park - 4th and Charlotte to be three times the size, and John R Watson will double in size."

One resident said the new greenspace is badly needed in the city.

"We do need a park, because we don't have no recreation centers around here," he said.

The details of the plan are not finalized, and still need to be approved by the city council.