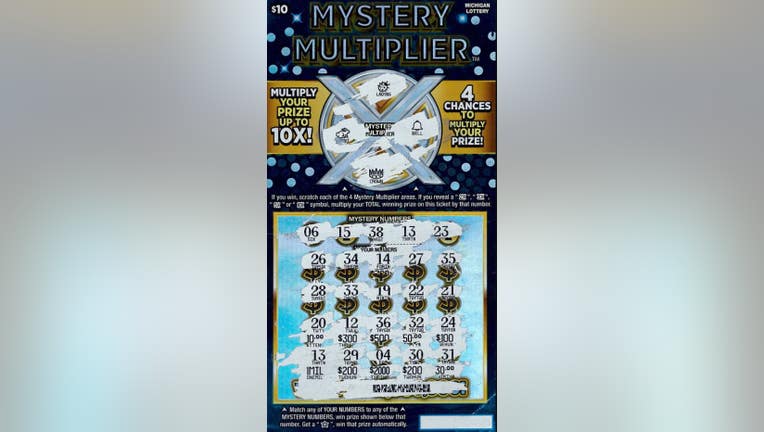 MATTAWAN, Mich. (FOX 2) - A truck driver from Illinois won $1 million on a Michigan Lottery scratch-off ticket he bought while traveling for work.

"I’m a truck driver, so I’m in Michigan a lot and like to buy Lottery tickets while I’m here," said the winner, who chose to remain anonymous. "I scratched the barcode and scanned the ticket right when I purchased it. When I got a message to file a claim, I assumed I had won one of the $2,000 prizes."

The 48-year-old old scratched off the ticket in the parking lot of the Speedway gas station at 24118 Cole Avenue in Mattawan and realized he didn't win $2,000.

"I scratched the ticket when I got back in my truck and couldn’t believe it when I saw I’d won $1 million. I didn’t believe it was real until I called the Lottery office to confirm my prize," he said.

He chose to receive his prize as a one-time lump sum payment of about $693,000 rather than 30 annuity payments for the full amount.

He plans to buy a new vehicle and then save the rest.