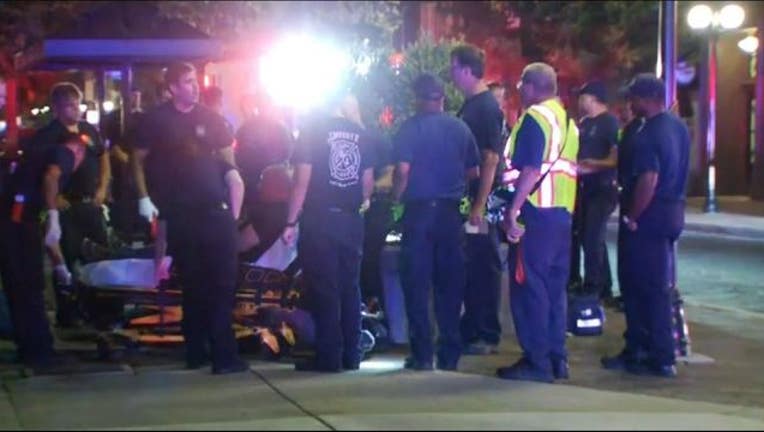 DETROIT (FOX 2) - The recent mass shootings are prompting some countries to warn their citizens about traveling to the U.S., with at least two countries specifically naming Detroit as a place to avoid.

On Monday, Venezuela and Uruguay issued alerts to those considering travel to the United States, with both governments noting that gun violence from mass shootings has claimed the lives of more than 250 people in the U.S. just this year.

The Venezuelan Foreign Ministry advised those headed to the U.S. to postpone their visit. The country made reference to the weekend shootings in El Paso, Texas and Dayton, Ohio.

It also named Detroit as one of the cities to avoid as it's listed as one of the most dangerous cities in the world, according to a Forbes list.

Venezuela, which has been locked in growing political tensions with the Trump administration, took direct aim at Washington.

"These growing acts of violence have found echo and sustenance in the speeches and actions impregnated with racial discrimination and hatred against migrant populations, pronounced and executed from the supremacist elite who hold political power in Washington," the Foreign Ministry said in a press release.

Uruguay also called on its citizens to stay away from places with big crowds. "... it is especially advisable to avoid places where large concentrations of people occur, such as theme parks, shopping centers, art festivals, religious activities... and any type of cultural or sporting events," Uruguay's Ministry of Foreign Affairs wrote in its advisory.

Detroit police said on Monday that its department and officers regularly train for a mass shooting event.

"It's important that if the FBI has intelligence or information about a potential threat that information is moved forward quickly," said Police Chief James Craig.

On Sunday, following the shooting in Dayton, the Japanese Consul in Detroit issued an alert, warning its citizens to be vigilant. Calling the U.S. "a gun society," Japanese officials urged its citizens to be "aware of the potential for gunfire incidents everywhere in the United States."

It's not unusual for foreign governments to release travel alerts following mass shootings in the U.S. In the past, countries including Ireland, New Zealand, and Germany have also warned its residents to take precautions while visiting the U.S.

Information from KTVU.com was used in this report.