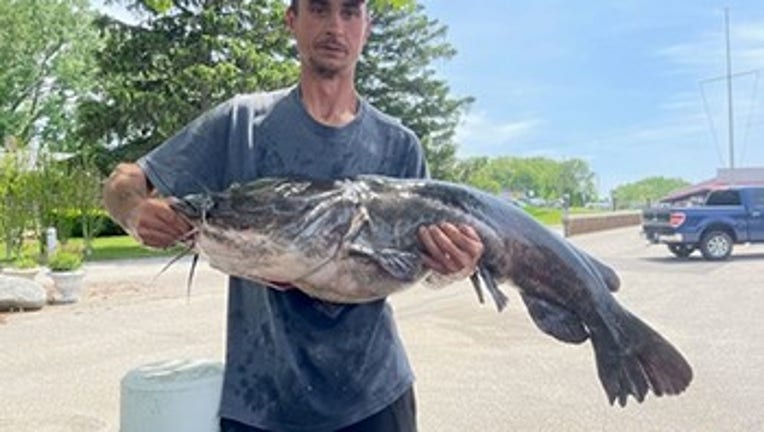 The Indiana-native was fishing in the St. Joe River in southwest Michigan when he wrangled in the state's largest-ever catfish: weighing in at 53.33 pounds and 48 inches.

The historic catch beats the previous record set in 2014 by a resident of Niles, when the fisherman caught a 52-pound catfish.

"I've been fishing Michigan for almost 30 years," Tanner said in a DNR press release. "What draws me to Michigan is fishing for big catfish."

The St. Joe River where the catfish was caught is a tributary of Lake Michigan. Tanner usually catfishes every weekend as part of an informal gathering of friends in the Michigan Catfish Anglers Trail, an amateur fishing club. "We have several fun tournaments that anyone who enjoys fishing for catfish can come out and fish," he said.

Then, in the early morning last Sunday, he reeled in the record-breaking catch.

It was verified by the Lake Michigan Basic coordinator, who works at the Department of Natural resources.