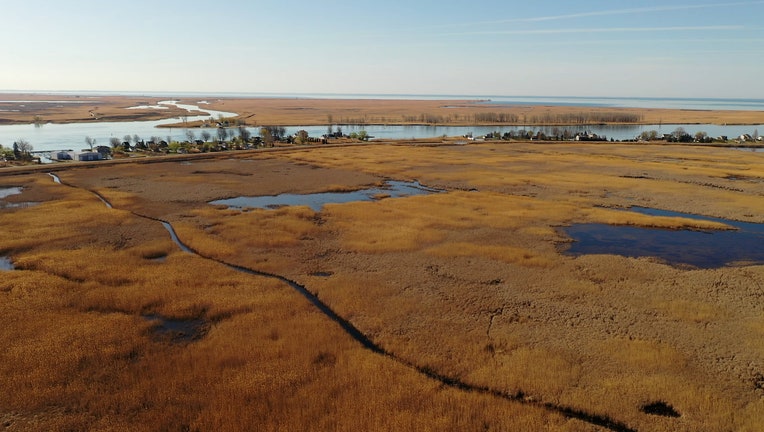 CLAY TOWNSHIP, Mich. (FOX 2) - On Harsens Island, it’s not a canary in the coal mine but a tern in the wetland worrying researchers.

The black tern, a small marsh bird with short dark legs and a beak as long as its head is a species of concern in Michigan. Over the last 50 years, its population fell more than 98% by 2019.

Even as efforts to better understand the species have ramped up, the number of black terns has continued falling. The largest active colony currently studied is on Harsens Island, just north of Lake St. Clair. A little more than 50 breeding pairs were recorded in 2021. In 2013, it was closer to 200 pairs.

Both the population’s fragile state and Lake St. Clair’s reputation as an indispensable stop for migratory birds is why ornithologists, wetland specialists, and Department of Natural Resources workers are paying close attention to Harsens Island this year.

"The main reason we’re so concerned is secretive marsh birds like the black tern are bio-indicators of habitat quality," said Erin Rowan, who oversees advocacy efforts with Audubon Great Lakes. "With their steep decline, they’re letting us know something isn’t right."

Their species designation as a ‘secretive marsh bird’ should indicate why they’re tricky to study. Their preferred habitat are in hard-to-spot areas, which means diagnosing why they’re struggling to grow is difficult.

Luckily, Rowan and the DNR have a plan.

Harsens Island is as close to paradise as it can get for migratory birds. St. Clair Flats, which is located on the island, has 25,000 of acres of pristine wetlands that cater to tens of thousands of birds for nesting, breeding, and feeding. Dozens of bird species from Virginia Rails and Least Bitterns, to Marsh Wren and Black-crowned night-herons use the space.

But the island is also an engineering marvel.

An intricate series of berms, dikes, and pipelines installed decades ago allows the DNR to constantly change the habitat. Armed with the power to raise and lower the water levels in each section, state wildlife technician John Darling can use water flowing from the St. Clair River to create what he calls "optimum habitat" for specific birds.

"We’re very intentional with how we’re manipulating water levels," Darling said. "We are targeting the wildlife by manipulating the habitat."

Darling oversees this engineering spectacle, flooding some spots to destroy invasive species and drying out others to grow crops. Depending on what bird species they’re trying to help, he can adjust the water level to best fit the preferred habitat’s needs.

And this year, he’s got his eyes set on black terns. 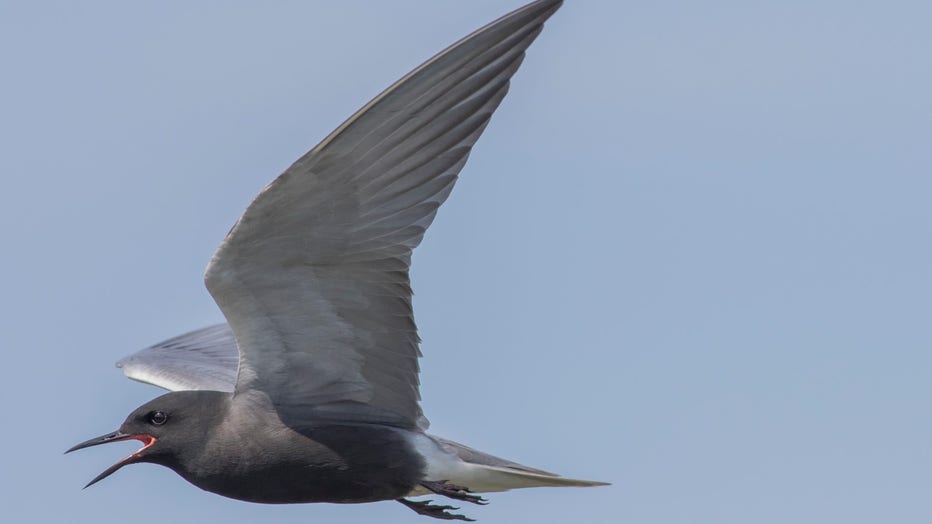 To do that, he’ll need to flood sections of the island enough to support habitats the birds like. Black terns are picky and prefer mats of dead vegetation they can build nest upon. Harsens Island has the capacity for that habitat, but recent record-high water levels and the invasion of a reed plant called phragmites has hampered the creation of the kinds of mats that terns prefer.

If the series of dikes can normalize water levels, then a combination of herbicides and physically cutting back the invasive vegetation can promote preferred plants like bulrush, which black terns do like. While those efforts are ongoing, teams will tag both adult and pre-fledged black terns.

The bands will help researchers track their success from Southeast Michigan to wherever the species migrate. With any luck, they’ll learn what’s hampering the species’ growth.

"This is going to help us understand the pressure points in the population causing it to decline," Rowan said. "Are they declining due to a lack of productivity? Or is it the chicks not growing? Or is it issues of adult survivorship?"

The black tern’s decline has happened in tandem with the loss of wetland habitat in the Great Lakes. There are very few spots along Lake St. Clair that haven’t been touched by humans. The loss of marsh and swamp lands is one of the biggest threats to native bird species’ survival.

Darling says that’s why Harsens Island is such an important place due to most of it being protected from development.

The bird isn’t the only subject getting special attention this year. One of the island’s four pump stations needs replacing, which will cost about $600,000. It’s "way way at the end of its lifespan," Darling says, and its failure would make managing the island much harder.

But replacing the pump is revealing another issue for environmental monitors: funding. The DNR’s money for managing the environment comes exclusively from hunting licenses and a tax on firearms and ammunition. In response, the agency has increasingly leaned on Ducks Unlimited and Audubon Great Lakes to secure funding. 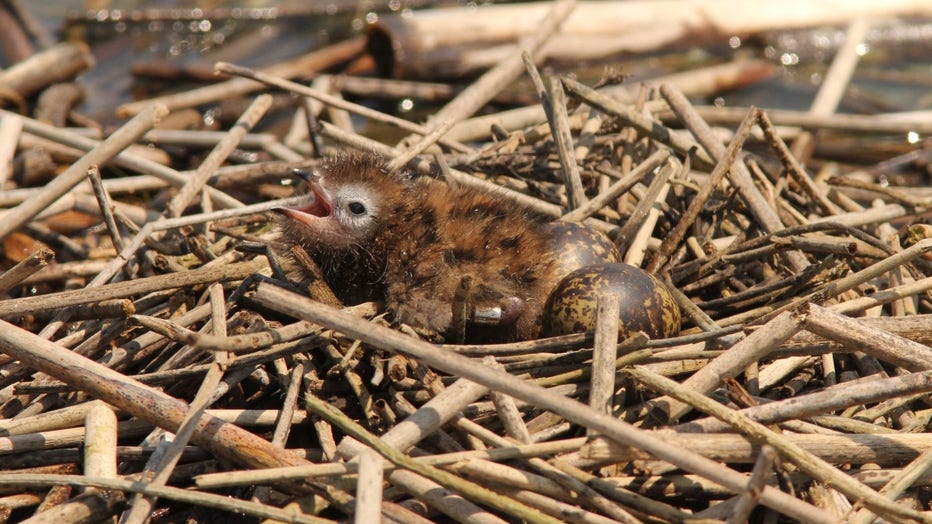 "The entire conservation world is in a bit of a pickle as costs go up and revenue goes down, which is why we’re working with partners," Darling said.