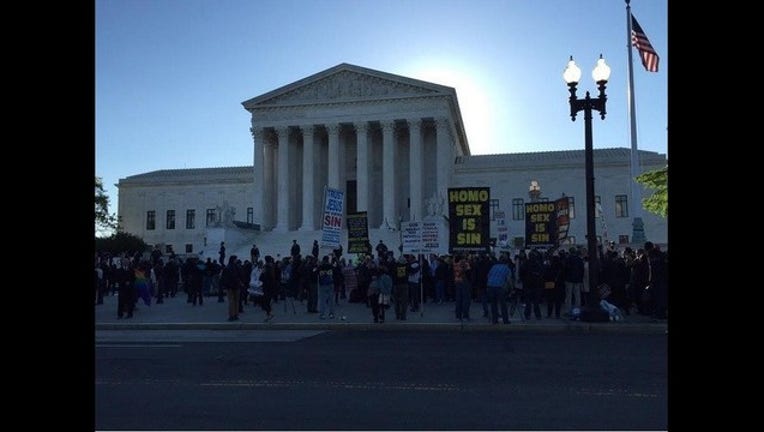 "I believe the Court gave us a fair hearing, and I look forward to the day same-sex couples are not excluded from the joy, the security, and the full citizenship signified by the freedom to marry," said Bonauto. "The road that we've all traveled to get here has been built by so many people who believe that marriage is a fundamental right and I was humbled to stand up for the petitioners."

During the hearing Bonauto argued that marriage is the foundation of family, and said that times can 'blind us to what we later realize is in fact discrimination'. During the opposing argument, Justice Anthony Kennedy noted that a biological relationship between parents and children is not necessary for bonding.

"From the beginning, and for the last four years, this has been about protecting our children, and providing them with the legal benefits and stability of a family united by marriage," said DeBoer. "Today we have so much hope that the Supreme Court will allow families like ours to have the same safety and security as all other families, and we know we've now done everything possible to achieve that."

The Supreme Court is expected to rule on Michigan's gay marriage ban and other states this summer.

FOX 2's Amy Lange is on location in on assignment in Washington, D.C. following this case. She'll have a complete report tonight on FOX 2 News at Five.