DETROIT - Juliana Baughman extended her arm and opened her palm for all to say. Written in blue pen is the number "82."

"Yeah. I write it on my hand every day," she said.

"I never thought it would ever be this hard. It's my son - my life," said Baughman.

More than two months have passed since 31-year-old man was killed riding his motorcycle. His killer is still missing

It's been 82 days since Juliana Baughman's son died. Herman Walters, a 31-year-old Westland man was killed while riding his motorcycle. He was hit by Daniel Cook, who was speeding down the Southfield Service Drive at 85 miles an hour.

Herman Walters, known lovingly as "Rocky" was riding down the Southfield Service Drive near Schoolcraft when he was struck by another vehicle. Driven by Daniel Cook, the suspect in this grizzly death had been driving 85 miles an hour when he hit Walters, who was on his motorcycle at the time.

When he was hit, the 31-year-old victim from Westland was dragged by Cook, before dying at the scene. Cook abandoned his car and ran away. While it may bring some sense of solidarity to Walters' mother to know who killed her son, it also hurts.

"It's easier that he's ID'd and harder at the same time because he's there in front of us - he's not behind bars," said Baughman.

But accompanying that pain is a will and determination that only a mother knows. Paying $200, Baughman has putting Cook's name and face on blast by putting up a wanted poster on a billboard overlooking Livernois near Joy Road for the next two weeks.

While she's had the help of Crime Stoppers, the U.S. Marshals have also gotten involved. However, that investigation is hitting some roadblocks because of those who know where Cook is, aren't cooperating. Police have reason to believe the suspect has fled the state, however not every officer is so sure.

"I think he's still in the area here personally. I know he was here as recently as about a month ago," said Aaron Garcia, a deputy U.S. Marshal. 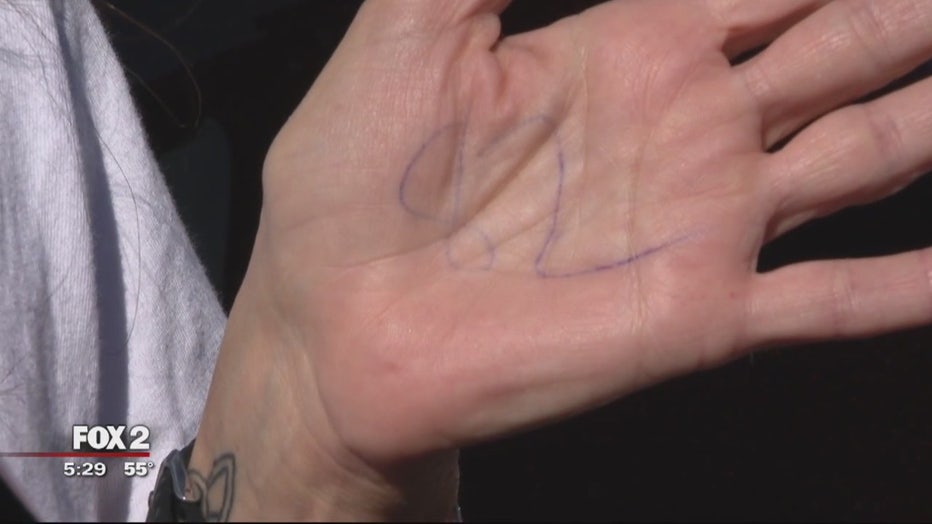 "You can't hide forever. You're gonna be looking over your shoulder every step you take," said Baughman.