DETROIT - "Your violent dogs killed that young girl. Alright? That girl ain't coming back," said a police officer during an interview with the defendant.

In some moments in tears, saying he doesn't want to go to jail, a police interview of 33-year-old Pierre Cleveland is shown during his preliminary hearing. Cleveland is charged with second-degree murder, dangerous animal causing death and involuntary manslaughter for the death of 9-year-old Emma Hernandez.

A preliminary hearing was held in the case of a dog owner whose pit bulls mauled a 9-year-old girl to death in August. Pierre Cleveland, a 33-year-old Detroit man is charged with second-degree murder after three of his four pit bulls escaped a flimsy fence Aug. 19, and mauled Emma Hernandez. Text messages show Cleveland beat his dogs and one of them was violent and the leader. The judge sided with the prosecution and Cleveland's case will go to trial, where he faces life in prison.

Prosecutors say August 19th, Cleveland left three of his pit bulls unsecured outside his southwest Detroit home with just a flimsy fence surrounding the yard. The dogs escaped and attacked the 9-year-old while she was riding her bike.

"I saw the dogs attack the girl and grab her by the leg and started eating her," said a witness with the help of a translator.

Prosecutors say Cleveland beat his dogs, knew they were dangerous and that they had escaped several times before. They also displayed text messages where he discussed one of the dogs killing puppies in his basement.

"You ever fight these dogs?" asked the officer during the interview.

"No sir. They don't have aggressive nature," replied Cleveland.

Later in the interview, Cleveland admitted one of his dogs is aggressive towards people and the others follow her lead. But he added he never thought they'd "go that far."

The defense contested the murder charge and said during the interview, Cleveland had been on pain medication for a hand injury. The defense also argued Cleveland knew of only one time of his dogs escaping 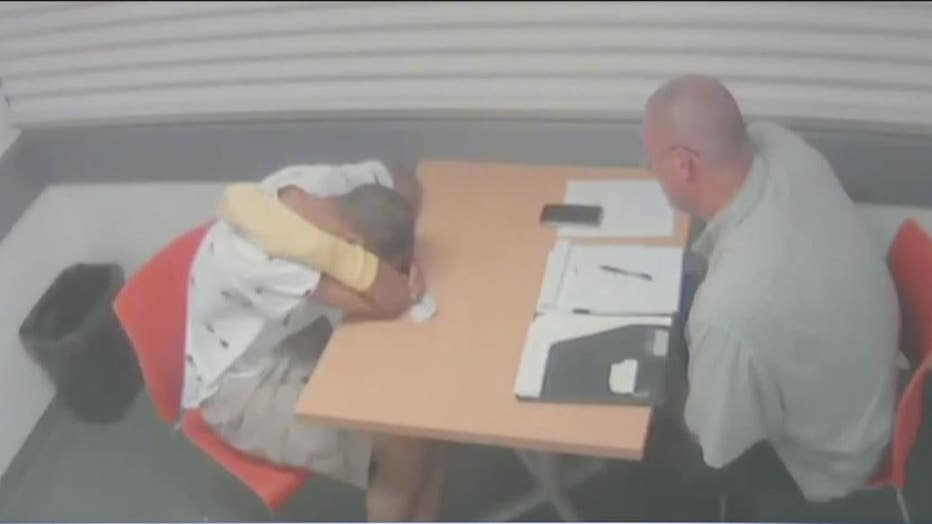 "My client had no reason to believe the his dogs would ever do this," said Cleveland's attorney.

However, the judge sided with the prosecution.

Cleveland is now headed to trial, where he faces life in prison.