HAMTRAMCK, Mich. (FOX 2) - A jewelry store owner got attacked in an attempted robbery, being stabbed in the head - but shot the suspect four times.

Both men are still alive after the incident which happened at Naya's Jewelry on Joseph Campau Friday afternoon.

A jewelry store owner got attacked in an attempted robbery, being stabbed in the head - but shot the suspect four times.

"We had a stabbing and a shooting," said  Max Garbarino, Hamtramck community safety director.

Police say the suspect stabbed the store owner in the head but the owner defended himself and shot the suspect four times. Both men were taken to a nearby hospital

The whole incident happened so fast, the suspect never was able to try to steal anything, investigators say.

"I don't know of any of our jewelry stores where they're not armed, so it's very foolish for someone to do that here," Garbarino said.

Investigators aren't disclosing the extent of their injuries but they did say the store owner is expected to recover.

"The store owner was talking to our officers and giving us details so I'm fairly certain he'll probably be ok," Garbarino said. 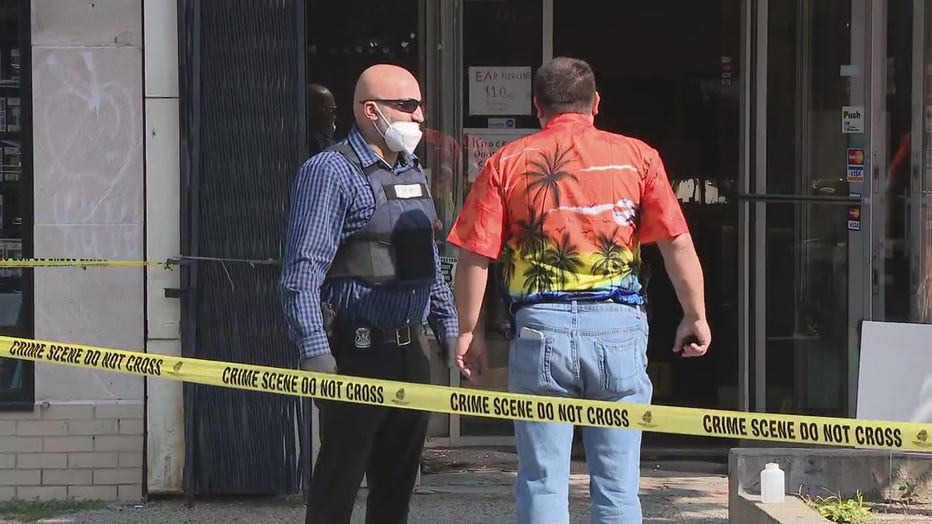 Karen Majewski is the mayor of Hamtramck, she's also the owner of Tekla Vintage

"This is really surprising and shocking because we have a lot of foot traffic here and that's kind of what we are known for," she said