FOX 2 - About one hour after FOX 2 called the race for Joe Biden crowds began to filter out at Thomas Magee's Sporting House in Detroit.

It was a big night for Joe Biden in the Democratic Presidential Primary with him projected to win Michigan, Missouri and Mississippi Tuesday dealing challenger Sen. Bernie Sanders a big blow in the process.

It was a big night for Joe Biden in the Democratic Presidential Primary with him projected to win Michigan, Missouri and Mississippi Tuesday dealing challenger Sen. Bernie Sanders a big blow in the process.

Detroiters who showed up in support of Biden at Thomas Magee’s believe he has what it takes to unite the Democratic Party and more importantly, to beat President Donald Trump in the November general election.

With 44 percent of the districts reporting, Biden has 53 percent of the vote to Sanders' 40 percent, with the reward being 125 delegates at stake in Michigan. 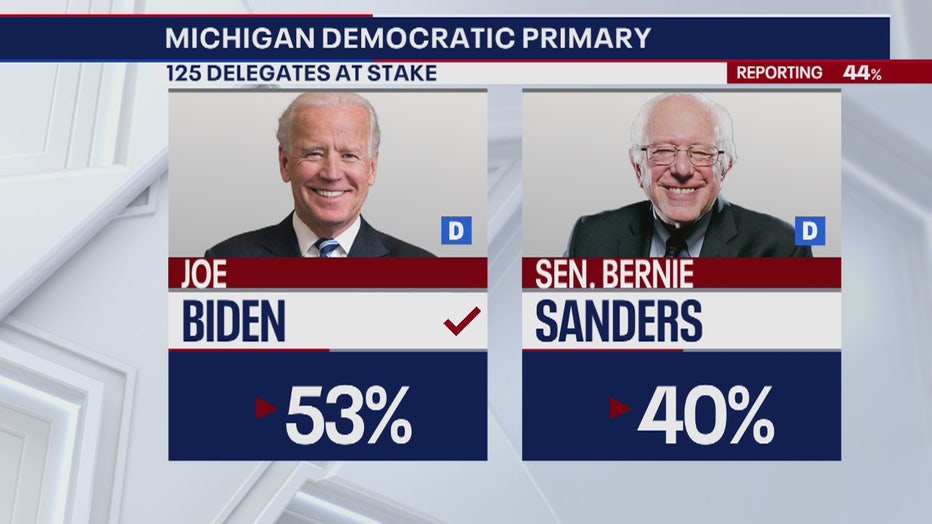 "He didn't run away from Barack (Obama), he ran toward Barack," said African-American man at the party. "And that is what black folks see. They see familiarity, they see the kindness and the love of this man - and that is why he is going to be successful."

Another voter said there were divisions in their union among the Democratic candidates. 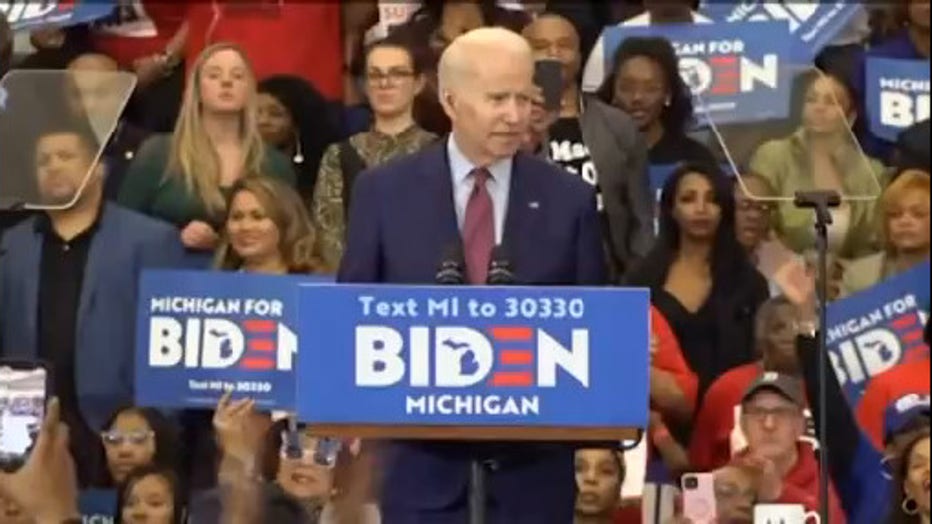 "We had a meeting with our members last Tuesday, we talked and we shared some concerns and we shared what our feelings would be," she said. "And quite frankly our number one goal in our union is to defeat Trump and we know that Joe Biden gives us an opportunity to do that, and that's why we are going to support him."

"People like (Biden) here and they trust him with power," Blanchard said.  "He has been helpful to our autos, our manufacturing, the city of Detroit, the rest of the state, health care. He can lead our country and he can repair our damage to the world." 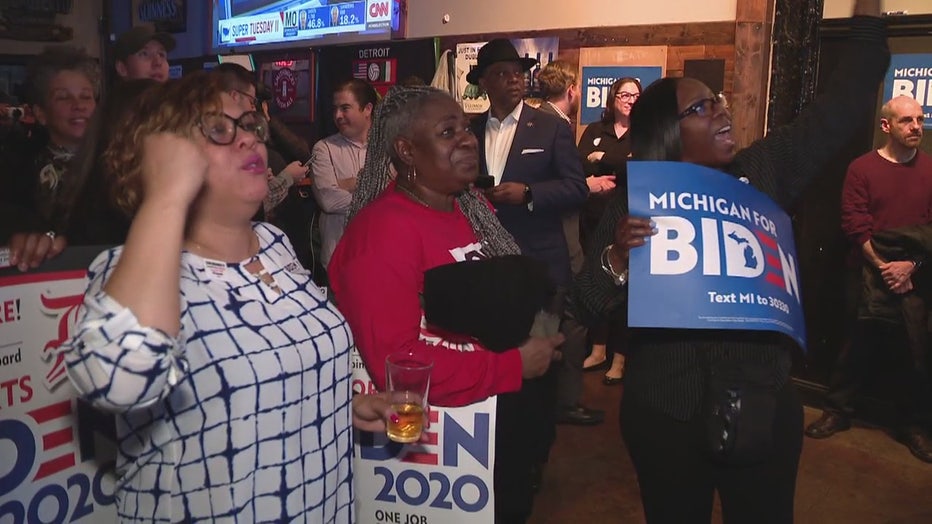