Rudy Guiliani, the attorney for President Donald Trump led the question asking in Lansing Wednesay as witnesses attempted to provide evidence of election fraud specifically at during the ballot counting at TCF.

DETROIT - Nine lawyers allied with former President Donald Trump face financial penalties and other sanctions after a judge Wednesday said they had abused the court system with a lawsuit that challenged Michigan's election results in favor of Joe Biden.

U.S. District Judge Linda Parker said the lawsuit last fall was a sham intended to deceive the court and the public, just a few days after Biden's 154,000-vote victory in the state was certified.

"Despite the haze of confusion, commotion and chaos counsel intentionally attempted to create by filing this lawsuit, one thing is perfectly clear: Plaintiffs’ attorneys have scorned their oath, flouted the rules, and attempted to undermine the integrity of the judiciary along the way," Parker said in the opening of a scathing 110-page opinion.

The lawsuit was filed on behalf of six Republican voters who wanted Parker to decertify Michigan’s results and impound voting machines. The judge declined in December, calling the request "stunning in its scope and breathtaking in its reach."

The state and Detroit subsequently asked Parker to order sanctions against Sidney Powell, L. Lin Wood, and seven other attorneys who were part of the litigation.

The judge agreed, telling the state and city to tally the costs of defending the lawsuit and submit the figures within 14 days. 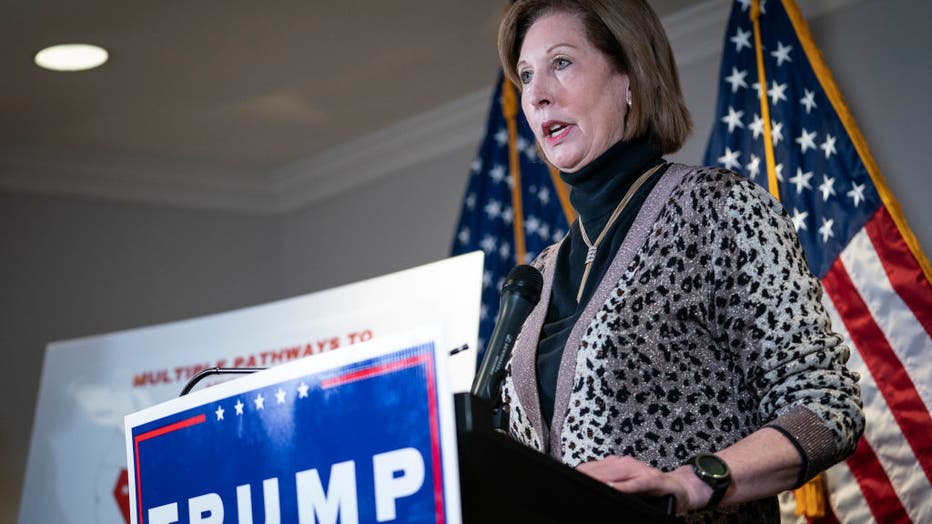 Parker said lawyers for Trump supporters filed affidavits stuffed with sinister "speculation and conjecture" about the vote-counting process without checking for evidence to support the claims.

"Individuals may have a right — within certain bounds — to disseminate allegations of fraud unsupported by law or fact in the public sphere," the judge said. "But attorneys cannot exploit their privilege and access to the judicial process to do the same."

Parker ordered 12 hours of legal education, including six hours in election law, for each attorney. Her decision will also be sent to the states where the lawyers are licensed for possible disciplinary action there.

It was one of the few efforts to wrench fines or other penalties from dubious post-election lawsuits across the U.S. There was no immediate response to messages seeking comment from attorneys for Wood and Powell.

"I appreciate the unmistakable message she sends with this ruling — those who vow to uphold the Constitution must answer for abandoning that oath," said Michigan Attorney General Dana Nessel, a Democrat.

There is no evidence of widespread fraud in the 2020 election. Indeed, election officials from both political parties have stated publicly that the election went well, and international observers confirmed there were no serious irregularities.

During a July court hearing, Powell took "full responsibility" for the lawsuit and compared the legal fight to the 1954 U.S. Supreme Court decision that outlawed racial segregation in schools.

"It is the duty of lawyers and the highest tradition of the practice of law to raise difficult and even unpopular issues," Powell told the judge, adding that efforts to impose sanctions would diminish the public's view of the court system.

Wood’s name was on the lawsuit, but he insisted he had no role other than to tell Powell that he would be available if she needed a seasoned litigator.

In New York, Rudy Giuliani was suspended from practicing law because he made false statements while trying to get courts to overturn Trump’s election loss.