The decision is a response to a lawsuit filed by Detroit Will Breathe accusing the department of using excessive force.

DETROIT (FOX 2) - A federal court judge has sided with activist group Detroit Will Breathe barring Detroit police from using some tactics of crowd enforcement in a decision handed down Friday night.

The honorable Judge Laurie J. Michelson ruled that a number of crowd control tactics will be banned for a period of the next 14 days unless there is a physical threat posed by demonstrators. The decision is a response to a lawsuit filed by Detroit Will Breathe accusing the department of using excessive force. Among the tactics used include chokeholds, but Detroit police previously banned that from being used. 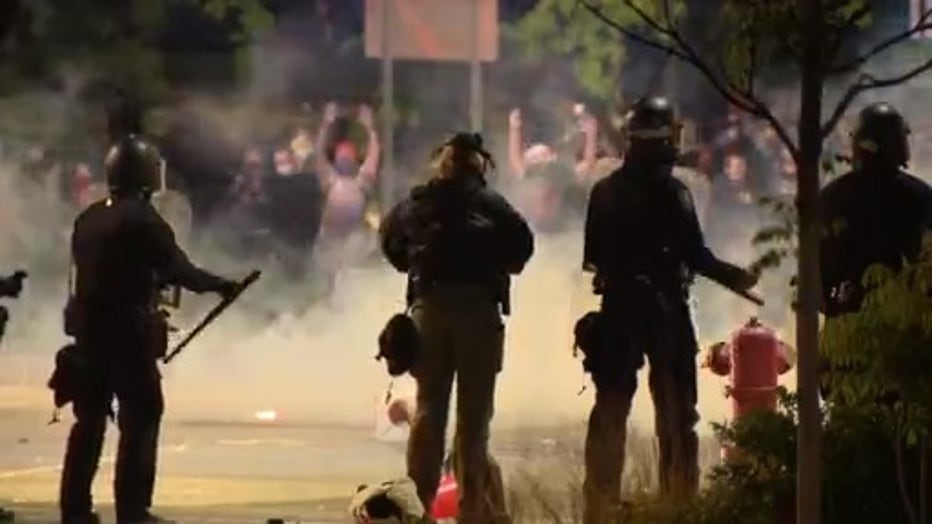 A confrontation between protesters and Detroit police downtown in early June.

DPD cannot use the following tactics on demonstrators:

The decision stipulates a 14-day period not longer than 28 days.

Detroit Will Breathe activist Tristan Taylor spoke about the decision.

"We are feeling good, I feel in a lot of ways vindicated," he said. "We certainly are non-violent tactically, but we don't back down to bullies and shields."

"We have always respected the right of peaceful protest and not use of force. However, when our officers are faced with violence and aggression, force is warranted. The ruling reinforces our stance."

The lead attorney for the city, Lawrence Garcia also released a statement.

"The parameters laid out in the order are very consistent with current DPD policy. We are disappointed the order was entered without an evidentiary hearing because we believe when the evidence is heard, the police actions to date will be deemed justified."

For more on the order, read the ruling below.