Only one defendant, Daniel Harris, chose to testify in his own defense. But his denial of any crime Thursday was met by an aggressive cross-examination in which prosecutors used his own words to show his contempt for Whitmer and even suggestions about how to kill her.

Adam Fox, Barry Croft Jr. and Brandon Caserta declined to testify, and defense attorneys called only a few witnesses. The four deny any scheme to get Whitmer at her vacation home in fall 2020, though they were livid with government as well as restrictions imposed during the COVID-19 pandemic.

The men were arrested in October 2020 amid talk of raising $4,000 for an explosive that could blow up a bridge and stymie police after a kidnapping, according to trial evidence. Fox twice traveled to northern Michigan to scout the area.

Defense attorneys, however, insist they were under the spell of informants and agents who got them to say and do violent, provocative things.

Harris repeatedly answered "absolutely not" when asked by his lawyer if he was part of a plot. His testimony was perilous because he exposed himself to numerous challenges by prosecutors who had been offering evidence against the group for days.

Harris and Assistant U.S. Attorney Jonathan Roth sometimes talked over each other. At one point, Harris snapped, "Next question."

"Everyone can take it down a notch," U.S. District Judge Robert Jonker said later.

Roth confronted Harris with his own chat messages about posing as a pizza deliveryman and killing Whitmer at her door. He reminded Harris, a former Marine, that he worked with explosives while training with the group, especially in Luther, Michigan, in September 2020, about a month before their arrest.

Roth played a conversation of Croft talking about militias overthrowing governments in various states and "breaking a few eggs" if necessary.

"When this man talks to you at a diner about killing people, you don’t stand up and walk out, do you sir?" Roth asked. "You don’t say, ‘This group is not for me,’ do you sir?" 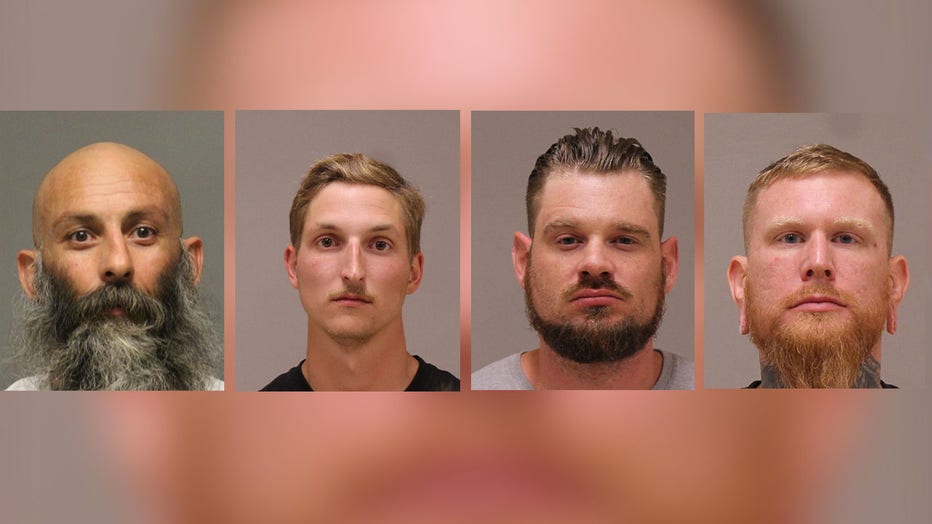 A "shoot house" that was intended to resemble Whitmer’s second home was a key part of the Luther training weekend, according to the government. Harris admitted that he brought materials but said he didn’t build it with her house in mind.

He didn’t participate in an evening ride to Elk Rapids, Michigan, to scout Whitmer’s home and a bridge during that same weekend. Harris said he had purchased $200 of cheap beer and cigarettes so he could return to the camp and "get wasted" with others.

Two more men, Ty Garbin and Kaleb Franks, pleaded guilty and cooperated with investigators. Garbin last week said the group acted willingly and hoped to strike before the election, cause national chaos and prevent Joe Biden from winning the presidency.

Whitmer, a Democrat, rarely talks publicly about the kidnapping plot, though she referred to "surprises" during her term that seemed like "something out of fiction" when she filed for reelection on March 17.