That was the underlying sentiment among dozens of advocates on Monday as protesters congregated outside of Henry Ford Hospital. The point of tension between the people and the care facility? A cancer patient and the hundreds of bed bugs he found on himself during treatment.

"Justice for Tyrone Foster and justice for all," said one advocate.

Dozens of activists were outside Henry Ford Hospital on Monday to protest the hospital after one of their patients found bed bugs on him in his room.

Foster is a cancer-patient seeking treatment at Henry Ford Hospital. Back in May, while he was resting in a bed, he discovered bed bugs everywhere. The culprit was determined to be wet clothing that had been concealed under the mattress on a gurney.

Upon the discovery, the hospital staff moved Foster to another bed and gave him $10 food vouchers as a remedy, according to the family. But that's not enough, say protestors.

"Being treated in a hospital with dignity is a human right," said a protestor. "The hospital tried to blame him. We want the hospital to apologize to Tyrone Foster, contact his family, his legal counsel, work this thing out, and we'd like to talk to somebody in the hospital that's got some juice to try to get some changes done."

The protesters said they have received calls from other patients and contractors about other unsanitary conditions at the hospital.

In a statement, Henry Ford staff said the incident involving Foster was an isolated one:

"This was an isolated incident when it happened nearly six months ago and no other patients were affected. We have no evidence the clothing was placed there by one of our team members. We have been in ongoing discussions with the patient, their family, and their lawyer."

Whatever the direct remedy is for Foster, advocates remain irked by the state of things and want to see change in the hospital.

"Whatever public, private quasi-agencies are supposed to be over inspections - we need to turn it up." 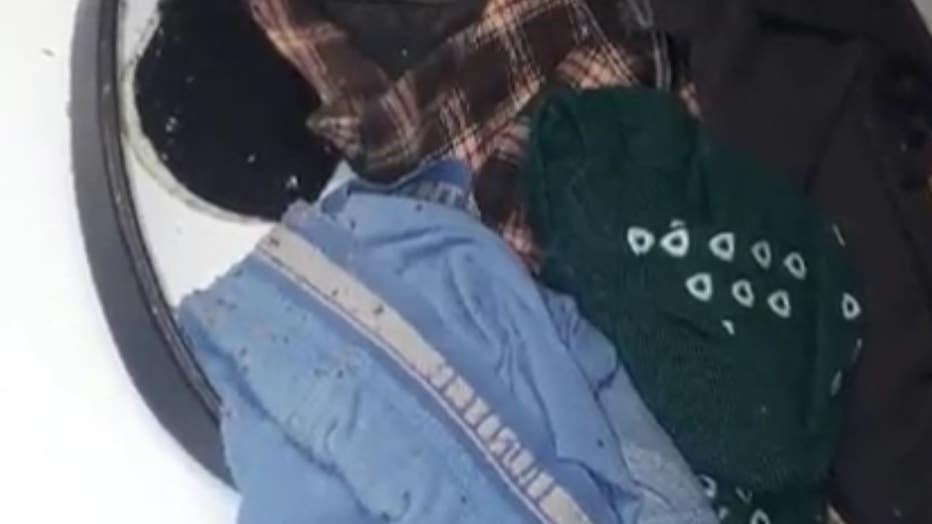