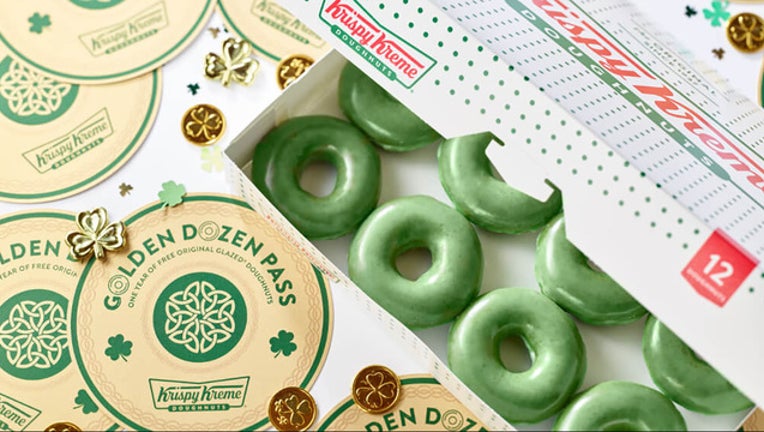 For a limited time between March 15 and March 17, Krispy Kreme will be celebrating the St. Patrick’s Day weekend with the return of its “O’riginal” glazed doughnuts, made with specially formulated green dough, at participating locations.

In addition to offering its new “O’riginal” doughnuts, which are said to taste the same as its “original” glazed doughnuts, Krispy Kreme will be giving away thousands of “Golden Dozen Passes” to random customers at participating locations, each redeemable for a free dozen original glazed doughnuts, per month, through St. Patrick’s Day 2020.

“What could be better than a green O’riginal Glazed doughnut? Not much. But FREE Original Glazed® doughnuts for a year might do the trick. Stop by and maybe you’ll end up with both,” said Dave Skena, the chief marketing officer of Krispy Kreme, in a press release.