At one point during the meeting Monday, Karen Miller’s own daughters defended her mom.

LATHRUP VILLAGE, Mich. (FOX 2) - A Lathrup Village city council member is in hot water. A group of residents want her recalled and claims she spied on them.

It started when a group of Lathrup Village residents gathered together in a backyard to discuss a certain council member - and ended with a call to the police after the council member appeared in the backyard.

"Come here what people have to say to you instead of listening over the fence,"

A cell phone video recorded council member Karen Miller on Wednesday August 10th. The venue was Lauren Beras’s backyard. She says the reason for the meeting is Miller and her campaign promise of rooting out corruption.

"I don’t see her adding anything to council and I don't see any proof of corruption," said Bera.

So Bera and 16 other like-minded people decided to gather and discuss options.

"We were talking about a recall election or strategically planning for the 2023 election which is ultimately what we decided to do," she said.

Bera says the meeting was nearing an end - when they found Miller eavesdropping.

"All of the sudden someone called out, 'I see you spying on us and council member Miller came out from behind my neighbor’s bushes filming my guests and demanding their names," Bera said.

That was when cameras started rolling.

"It just started getting heated," she said.

At one point a man, seemingly with Miller, is heard threatening to get a weapon.

"Don’t get your gun sir," someone says.

"He just said I’m going in to get a gun. Let’s call the police," he added.

"There was a threat of violence and we had to call the police after that," Bera said.

Bera says when the police arrived, Miller left. Police handed the investigation to the Oakland County Sheriff's Office because the case involves an elected official.

Bera and others brought their concerns to the council meeting on Monday.

"I hope she steps down. I’m going to ask her to step down," Bera said. "It was a clear violation of our first amendment rights. we shouldn’t find our council members, our city officials, our government spying on us."

At one point during the meeting Monday, even Miller’s own daughters couldn't help but defend her mom.

"My mom's my hero, she spends her days and nights doing work for other people," said Lisa Miller. "Her daughters, her friends, her family, her neighbors."

"This has been hell to be completely honest," said Lauren Miller. "She is doing this because she believes there are better things to be done in the city of Lathrup Village."

Miller said she can't comment on the incident due to this being an ongoing investigation with police.

She did release a statement saying:

"I have the honor of serving the Lathrup Village and Southfield communities for more than 30 years. I'm committed to this community and representing its residents, especially those who feel their voices have not been heard in recent years. To do that, well, I ask tough questions and demand accountability and I will not stop. I'm hopeful that with the onboarding of Susan Montenegro as our new city administrator, and I will accountability and how the city is moving forward, and continuing to ask those tough questions and find solutions. I am committed to fostering a safe and fair political process." 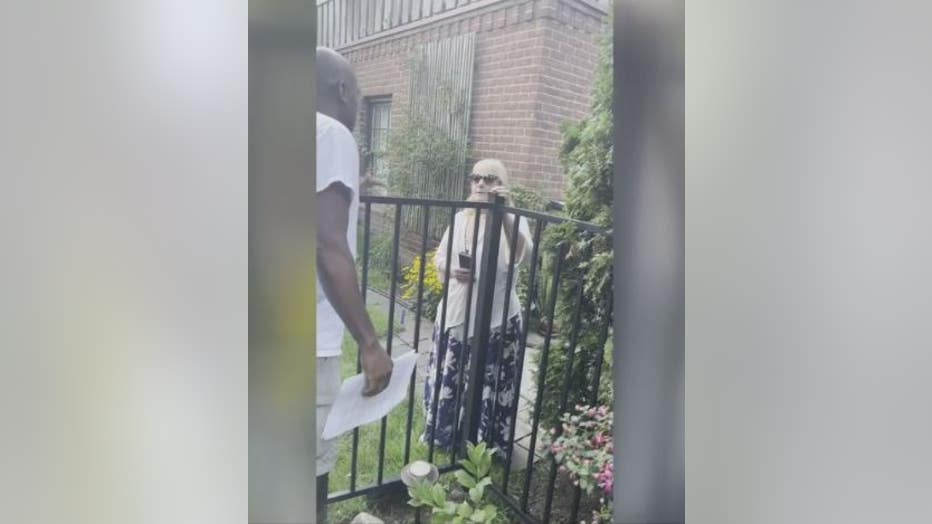 Karen Miller pictured in a confrontation with residents after allegedly eavesdropping on an outdoor community meeting.