ANN ARBOR, Mich. (FOX 2) - The University of Michigan is facing a lawsuit from 50 former student-athletes who claim late team doctor Robert E. Anderson sexually abused them under the guise of providing care, and they claim Bo Schembechler knew about it.

A survivor, identified only as John Doe EB17, explained on Thursday that, in 1981, Schembechler recommended that he see Anderson for migraine headaches. He said that was the first time Anderson abused him.

A lawsuit filed against the University of Michigan claims legendary head coach Bo Schembechler was one of many who knew about sexual abuse by a former team doctor.

The next year the accuser claims he reported the abuse to Schembechler, who told him to report it to Athletic Director Don Canham, but nothing happened. Many accusers say the same thing - the people who were supposed to help did nothing.

"The very coaches and staff and university that these athletes put their trust in and dedicate themselves to and looked to for support and guidance as young people, they ignored their suffering and turned the other way when they knew about their abuse and sadly, as you're going to see in our complaint, they even laughed about it," said attorney Michelle Simpson Tuegel

The lawsuit was filed against the University of Michigan on Thursday. Tuegel represents a cross country runner, with a troubled background, who arrived at the U of M in 1976 and expected a chance at a new start. 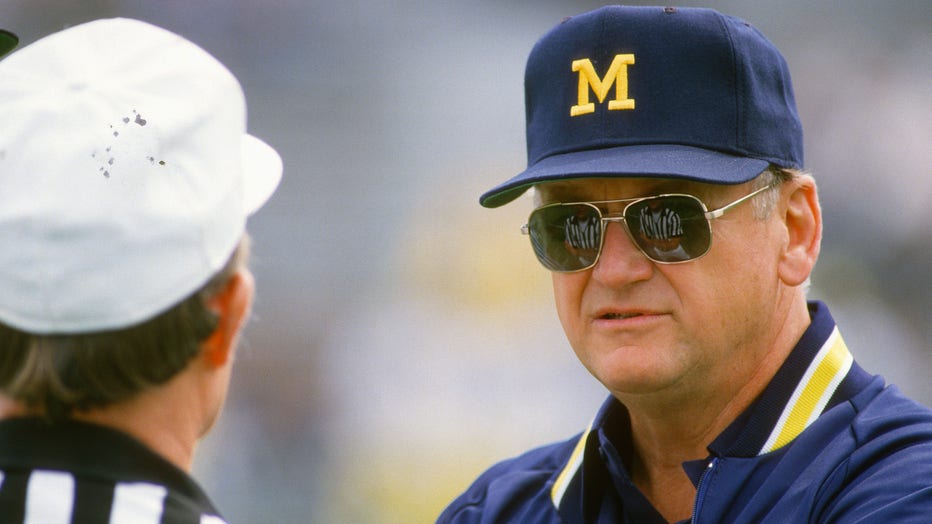 UNSPECIFIED - CIRCA 1986: Head Coach Bo Schembechler of the Michigan Wolverines talks with an official while his team warms up before the start of an NCAA football game circa 1986. Schembechler coached the Wolverines from 1969-89. (Photo by Focus on

One accuser who allegedly reported Anderson's abuse to the University of Michigan track and field coach Ron Warhurst said Warhurst shrugged him off.

"Where was he supposed to go for help? Who could he tell that would actually do anything or help him when he heard his own coaches, Jack Harvey and Ron Warhurst, laughing and joking about - if you're throat's sore, you gotta drop your clothes," Tuegel said.

Lawyers in the case say former student-athletes in football, baseball, gymnastics, basketball, and other sports are included in the suit. Many of the allegations involve what is being called  "perverted sexual gratification under the guise of medical examinations," which includes digital penetration and groping.

In response to the suit, the University of Michigan released the following statement:

"At the University of Michigan, we condemn all sexual misconduct. This type of conduct is reprehensible - and whether it takes place now or took place in the past, it is unacceptable.

We have great confidence in the WilmerHale investigation, which has been paused by the court. More than 50 former patients of Anderson have contacted WilmerHale and are awaiting a response.  We believe the investigation should restart immediately.

Through July 23, there have been 394 unique complaints regarding Anderson that are being investigated by the WilmerHale team."