FOX 2 - A former metro Detroit basketball star played professionally in Lebanon for years and was shocked after seeing the devastation of the recent explosion.

For Jay Youngblood, a basketball coach and skills trainer, seeing the explosion in Lebanon and the devastation that followed it home in more ways than one.

For Jay Youngblood a basketball coach and skills trainer, seeing the explosion in Lebanon and the devastation that followed it home in more ways than one.

"When I saw what happened and saw the people suffering from it, I said in my mind, 'How can I help?'" he said.

"From the day I arrived there, they all welcomed me with open arms," said Youngblood. "So for me, Lebanon holds a special place in my heart. I consider it my second home."

He was stunned to learn about the explosion in Beirut last month. It killed nearly 200 people, devastated the country's food supply, and caused widespread damage to the tune of $15 billion.

"It hit me hard, my heart started to drop and one of the things I struggled with, was seeing the areas affected by the explosion and the aftermath," Youngblood said. "These are the areas that when I was playing in Lebanon, i was actually in these places with my dear Lebanese friends."

Eager to help the country that welcomed him with open arms nearly a decade ago, Youngblood brainstormed with former teammates and competitors in Lebanon as well as a lifelong friend here in metro Detroit - who works with Tommey Walker- the owner and founder of Detroit Vs Everybody.

"When I saw what happened in Lebanon, it was like a no-brainer," Walker said.

It led to the launch of Lebanon Vs Everybody, a campaign dedicated to helping rebuild Beirut. 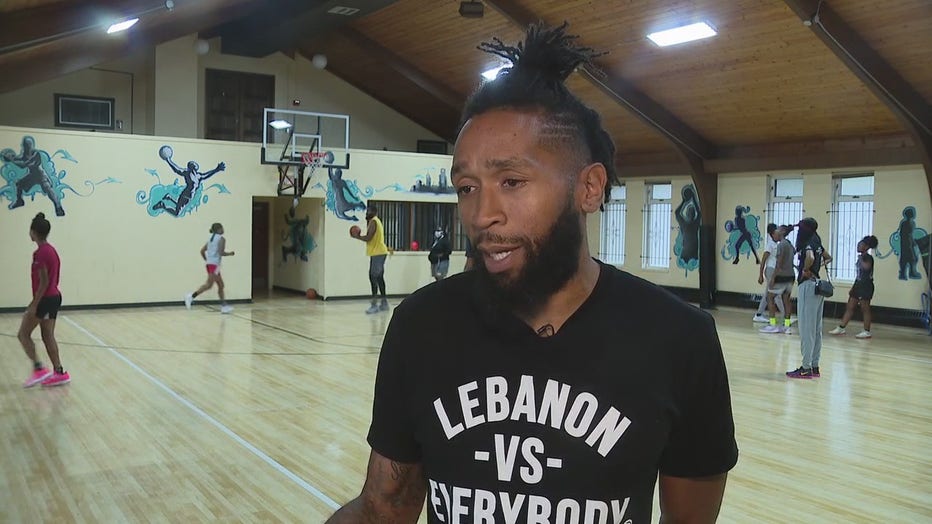 Jay Youngblood helped come up with the Lebanon Vs Everybody campaign.

A portion of the proceeds from the campaign will go to the NSA Academy in Lebanon, a sports school that since the explosion, is not only teaching kids the x's and o's on the hardwood to sourcing and providing food, clothing, and other critical resources for people hard hit by the explosion.

"We wanted to use our energy to attach ourselves to different philanthropic initiatives and just do our job  - and our job is to serve others," Walker said.

"The Lebanon Vs Everybody proceeds will go to Lebanon," Youngblood said. "And also we're also looking to do somethings in the future as well."

If you want to support the relief efforts go to: vseverybody.com/pages/lebanonvseverybody