DETROIT - Already approved in the Michigan State House, a bill that would amend the state's mobile electronic device use while driving.

In her first bill passed as a representative, Mari Manoogian, a freshman lawmaker from Birmingham wants to outlaw all use with a mobile electronic device while driving in Michigan. Currently, there are some exceptions.

"We need it to go further. I'm incredibly proud that we were able to get this bill passed. This is the first bill that I've passed since getting elected in 2018," said Manoogian.

Approved by the Michigan House, new distracted driving legislation now in the Senate

After passing by a large majority in the Michigan House, legislation that would amend the state's distracted driving law is now scheduled for the Senate.

Currently, persons are prohibited from reading, manually typing, or sending a text message while operating a commercial vehicle. HB 4181's amendment broadens the definition of use to "digitally communicating" in any manner on a mobile device. It will now include any manual interaction to include the above, as well as reading text-based communication, gaming, using social media, as well as taking photos and videos.

It's a policy that agencies from police to lawmakers from across the state agree on.

"I think we should go a lot further. I think Michigan should be a hands-free state," said Lt. Mike Shaw of the Michigan State Police. "We've looked at statistics, we've looked at everything that goes along with it. It affects everybody."

The bill also broadens the definition of what kinds of vehicles pertain to the law - which now include all vehicles and not just commercial ones. The one exception for using an electronic mobile device refers to drivers over the age of 18, and only during an emergency.

This isn't the first effort put forth by lawmakers to curb distracted driving. State Senator Ruth Johnson, the previous secretary of state under former Governor Rick Snyder, introduced legislation in 2019 that would make cell phone use while driving illegal.

"It's not just statistics, it's people. We'll never know their name, we'll never see their faces, but it will save lives," she told FOX 2 in-studio last year.

At a press conference on Thursday, lawmakers were joined by Governor Gretchen Whitmer and Bonnie Raffaele, whose daughter was distracted when she was killed while behind the wheel. 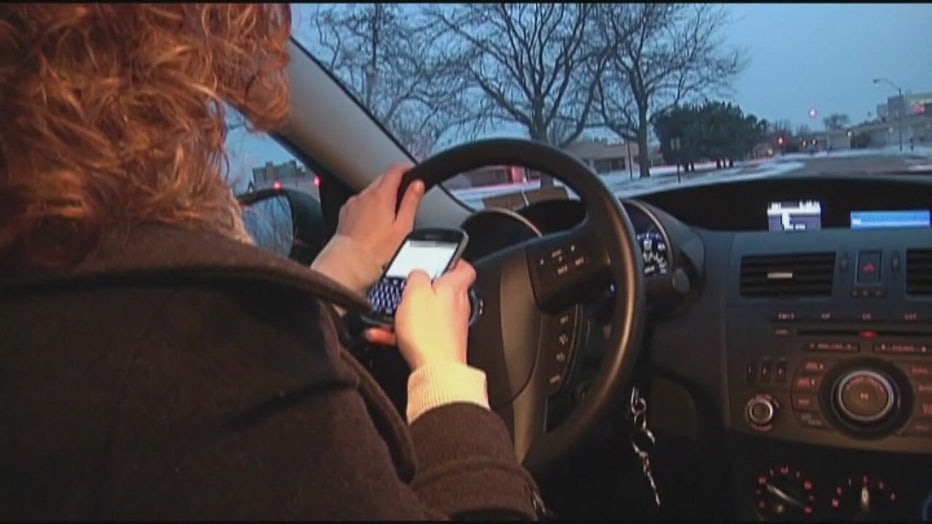 "I am hopeful that we can get the Senate to take some action pretty quickly here. This is something that is really important. Other states are moving ahead," Gov. Gretchen Whitmer later added.

The bill passed the House on Dec. 11 by a vote of 87-21 before getting referred to the Senate's Transportation and Infrastructure Committee last Wednesday.

"I look forward to having those communications with Senator Johnson. I think she has great legislation. I think this is something we can do in partnership together," said Manoogian.