Terry Gonda has been working for the Saint. John Fisher Catholic Church since the 80's and for the past 6 years has been the music director until she was abruptly terminated.&nbsp;

AUBURN HILLS, Mich - Terry Gonda has been working for Saint John Fisher Catholic Church in Auburn Hills since the 80’s. She’s been the musical director for the past six years.

“I was informed on Friday June 12th that the archdiocese of Detroit was firing me because I'm a married to a woman,” Gonda said.

On Saturday night hundreds gathered to show their support for Terry, angry and upset at her abrupt firing.

“I'm appalled at what the hell is going on, I'm going to start crying,” parishioner Carlo Giacopelli said. 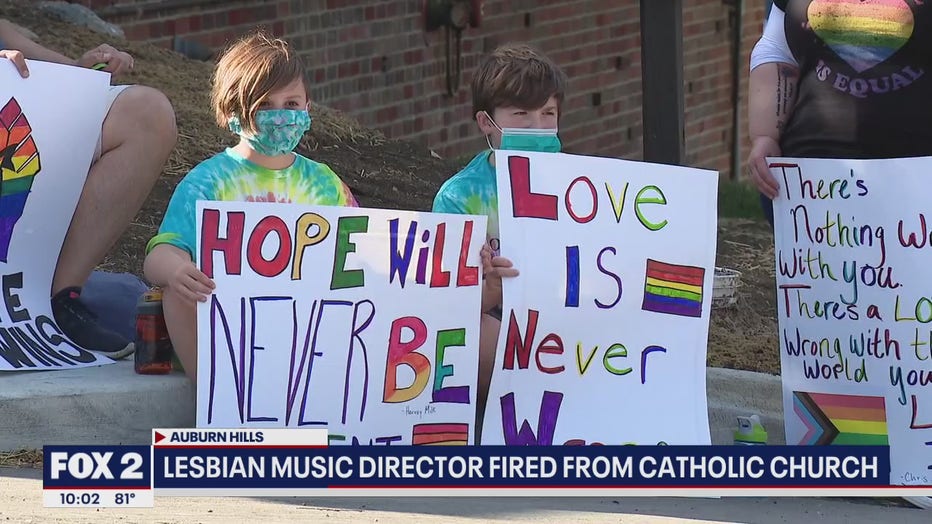 Terry and Kristi have been together for 26  years. Married in an unofficial ceremony in 2003 and legally wedded in 2011.

They were fully accepted at their church but Terry says it wasn’t until now that the archdiocese of Detroit decided to fire her. The couple believes the archdiocese didn’t know about them until recently.

“My sobs deep, deep sobs, I mean this is heart breaking this is my family. But honestly right now I’m filled with hope and little excitement, something is happening here, something really important is going on and I feel love and hope, forgiveness and excitement,” Gonda said.

Despite being fired, Terry and Kristi remain members of the parish. 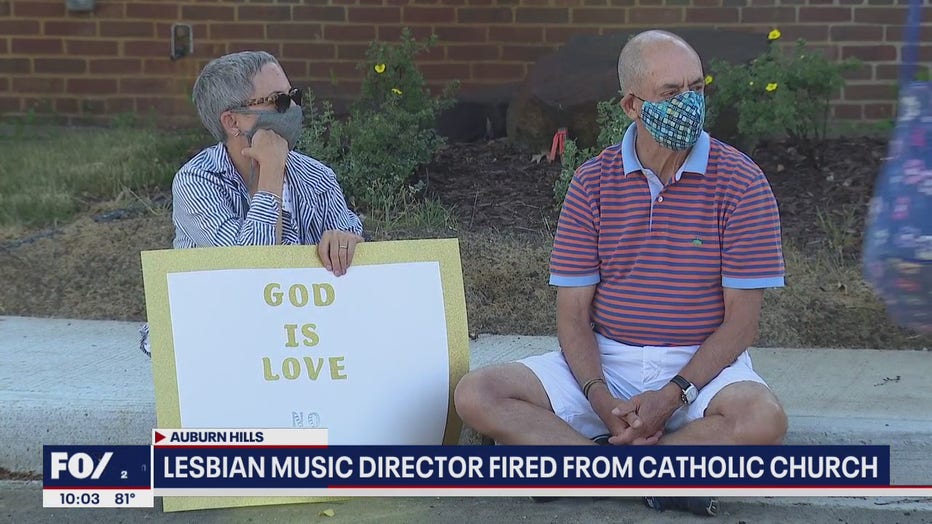 “Even now as they are being cast out and treated as other, they refuse to let anger and hatred guide them. They are putting the needs of the community ahead of their own and they are doing all they can to keep us connected,” Assistant Music Director Katie O’Brien said,

Terry’s wife Kristi Reeve says she is modeling grace and forgiveness. Her supporters are calling her thoughtful, generous and selfless.