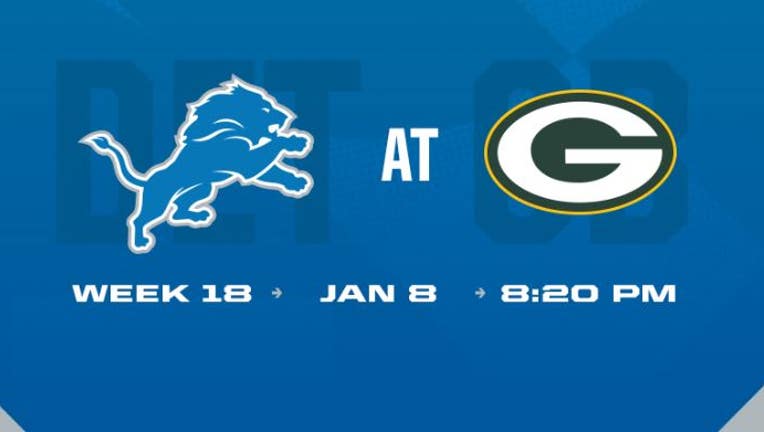 FOX 2 (WJBK) - The regular season finale for the Detroit Lions at Green Bay Packers has been moved to Sunday night - with playoff implications at stake.

The Lions will be playing at Lambeau Field at 8:20 p.m. on NBC - and with a win coupled with a Rams win against the Seahawks earlier in the day, would earn a playoff berth. Seattle (8-8) defeated the Lions earlier this season, thus holding the tie-breaker over them.

If the Packers beat the Lions, they will secure the last wildcard spot in the NFC.

Currently, Detroit and Green Bay are tied for second place in the NFC Central Division at 8-8.

The Lions beat the Bears 41-10 Sunday, while the Packers upended the first-place Vikings, 41-17.