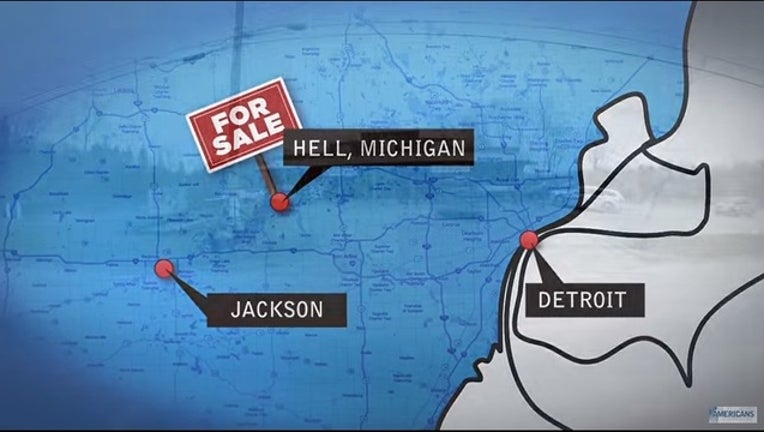 Nearly every city, town and street corner has its mayor. Some acquire the title through milk crate endurance, passing away the hours in the same spot on the same corner, becoming such a fixture and spectacle that people just start calling out, "Hey Mayor!" Others earn it by giving of themselves.

John Colone, the unofficial mayor of the hamlet of Hell - population 72- is one such man. Colone is a member of the chamber of commerce, the community theater, a retired car dealer who sent many people's children to college.

But the true reason for the existence of Colone's roadside post office, restaurant, and wedding chapel is that the proceeds allow him to honor the fallen veterans of Vietnam. It may soon come to a sad end, as his wife has commanded him to sell Hell.