The Mid-American Conference, the first major college football league to postpone its season because of the pandemic, became the final one to jump back in, making it 10 out of 10 conferences that will play in the fall.

As university presidents in the Big Ten, Pac-12 and Mountain West have done over the last 10 days, MAC leaders on Friday voted unanimously to reverse their August decision to push football to spring. The MAC will instead open its season Nov. 4. 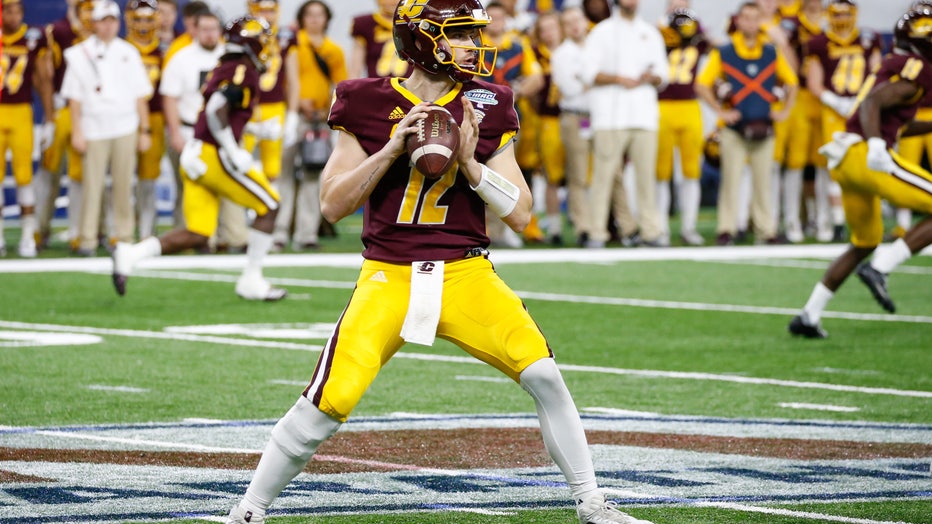 Just like the other conferences returning to fall ball, the MAC cited advancements in COVID-19 antigen testing as key to the change of direction. The conference will begin testing athletes four times per week, starting Oct 5.

If all goes well, by the first weekend of November, there will be college football from coast-to-coast. That seemed highly unlikely throughout much of the summer as the United States struggled to contain a virus that has killed more than 200,000 people across the country.

The pandemic is still not under control in many states, but college football will go on in front of empty stadiums or limited attendance.

“The risk of college football spreading the virus is much less than the risk of fraternity parties or off-campus parties or concerts that are happening,” said Dr. Amesh Adalja, an infectious disease expert and senior scholar at the Johns Hopkins University Center for Health Security. “The risk is much more for coronavirus off the field than it is on the field.”

The MACtion will start on a Wednesday, of course, and the championship game will be played Dec. 18 or 19. A full schedule will be released later, along with the conference’s full medical protocols.

“Our decisions, in August and again today, have been guided by an overriding concern for the well-being of the student athletes, institutions, and the community at large,” Commissioner Jon Steinbrecher said. “Our medical advisory group, presidents, directors of athletics, and others, have worked hard to develop a plan that provides the opportunity for student athletes to compete.”

Northern Illinois athletic director Sean Frazier, who along with NIU’s president pushed hard for the postponement, said he felt good about the MAC’s new protocols.

“No one was more hesitant than me,” he said. But, he added, the MAC’s doctors and experts “made me a believer.”

The MAC, a 12-school league of mostly Midwestern schools with relatively small athletic budgets, postponed all fall sports on Aug. 8. Within a few days, the Mountain West, Big Ten and Pac-12 had done the same.

Six conferences, including the Southeastern, Atlantic Coast and Big 12, held firm but the major college football season started Labor Day weekend with 40% of the teams that play at the highest level of Division I having announced they would sit it out. There have already been plenty of disruptions to the schedule, but the SEC starts Saturday, the Big Ten is set to kickoff Oct. 24 and the Pac-12 on Nov. 7.

Even independent Massachusetts said earlier this week it would attempt to play a small schedule this fall. Of 130 Bowl Subdivision programs, only UConn, New Mexico State and Old Dominion remain on the sideline.

The Mountain West plans to start football on Oct. 24 and play an eight-game season. It announced a deal with Quest Diagnostics to provide antigen testing capabilities to its schools.

“Without that we wouldn’t be here today,” said Mountain West Commissioner Craig Thompson, who added the cost to the conference will be in the millions.

The Mountain West will test its athletes, coaches and staff three times per week. The Pac-12 and Big Ten plan to test athletes daily. The hope in those wealthy Power Five conferences is frequent testing will also decrease the likelihood that large numbers of players who test negative for the virus still end up in quarantine through contact tracing.

That’s been major factor in 22 FBS games being postponed or canceled over the last month. Charlotte’s game at Georgia State was called off Friday because of COVID-19 issues with the home team, becoming the fifth game this week to be wiped off Saturday’s schedule.

Dr. Tony Islas, head team doctor at the University of Nevada in Reno, said the antigen test the Mountain West will be using is highly sensitive and “just a tiny fraction less than a PCR test” in terms of accuracy.

“And we’re confident that because that test is actually a very sensitive and very specific test we’ll probably be able to factor out those false negatives and false positives as well,” he said.

With other sports looming, the NCAA on Friday released health and safety recommendations for basketball that include testing for everyone involved, including officials, three times per week on non-consecutive days throughout the season with either PCR or antigen tests. The college basketball season is set to start Nov. 25.

When the Pac-12 announced a partnership with a diagnostic testing company on Sept. 3, Commissioner Larry Scott called it a game-changer for the conference.

He said advancements in antigen testing have made them more affordable and available to schools compared to more reliable PCR tests that must be processed in a lab.

“All of these athletes that are being screened are asymptomatic. With asymptomatic individuals, the only questions you’re really asking is: Is this person contagious to others?” Adalja said. “And antigen tests are likely sufficient to be able to answer that question. Especially if you’re doing them on a daily basis.”