Mt. CLEMENS, Mich. (FOX 2) - The Macomb County Sheriff said Friday that undercover deputies saved a man who ran from them on a moped and then jumped into the Clinton River in an attempt to get away from deputies.

The sheriff's office released video of the chase that happened Wednesday in Mount Clemens as the S.E.T. (Sheriff’s Enforcement Team) was doing surveillance on a location and reported observing drug activity.

The Macomb County Sheriff's Office said undercover officers saved a suspect running from them on a moped who then tried to swim away in the Clinton River.

According to the sheriff, a suspect known to them was wanted for a felony warrant and they tried to contact him but he sped off on a moped.

In dash and body cam footage, the sheriff is seen chasing the suspect as he drives on a moped, through a parking lot and park, and then jumped a fence to track the suspect down as he jumped into the Clinton River.

The sheriff's office said he struggled to swim across the river. As he gets to the middle of the river, deputies said he started to disappear under the water.

As the deputy arrived at the dock, an undercover officer had already arrived and was already taking items out of his pocket to jump in to save him.

The man was pulled to safety and is now booked in the Macomb County Jail.

His name and possible charges were not released. 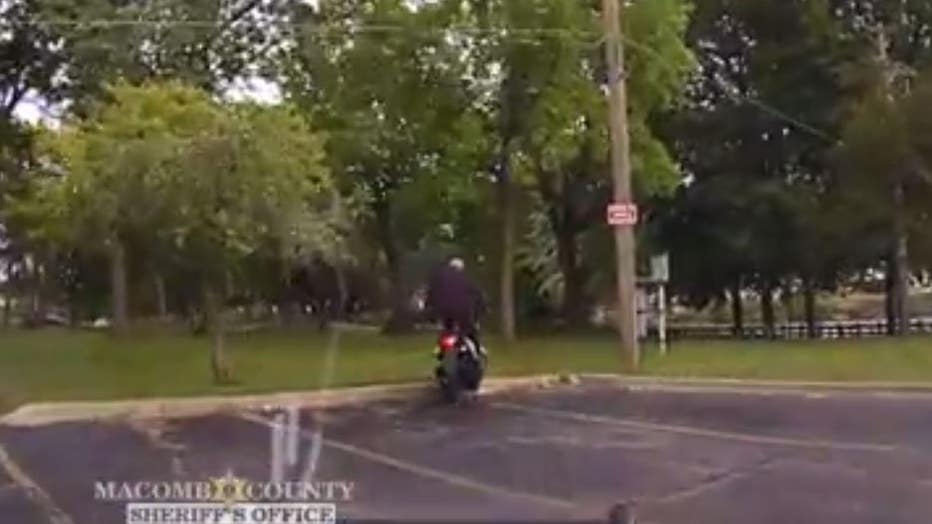