A Macomb Township firefighter wilL trek 140 miles on foot – to raise money for firefighters battling cancer and it falls right on the 20th anniversary of 9/11 – where so many firefighters were killed.

MACOMB TOWNSHIP, Mich. (FOX 2) - A Macomb Township firefighter wilL trek 140 miles on foot – to raise money for firefighters battling cancer and it falls right on the 20th anniversary of 9/11 – where so many firefighters were killed.

"Meeting the firefighters that had cancer and the wives of them - it doesn't psyche you up, but it fuels you to keep going," said Joe Warne.

For the third year in a row, Warne will suit up in his full gear to walk from Macomb Township 140 miles west, to just outside of Grand Rapids.

The four-day trip is all to raise money for 12 firefighters with cancer and their families. The goal is $50,000 for his charity Neighbors United.

Sadly, two of them lost their lives.

This year one of the families Joe is walking for, the Hallmans out of Ithaca, Michigan. Firefighter Richard Hallman died just a few months ago.

"He went out in a sea of red the day before he passed," Warne said. "All the department in Ithaca drove by and he got the strength to go on the porch and watch. Then a few hours later, he passed." 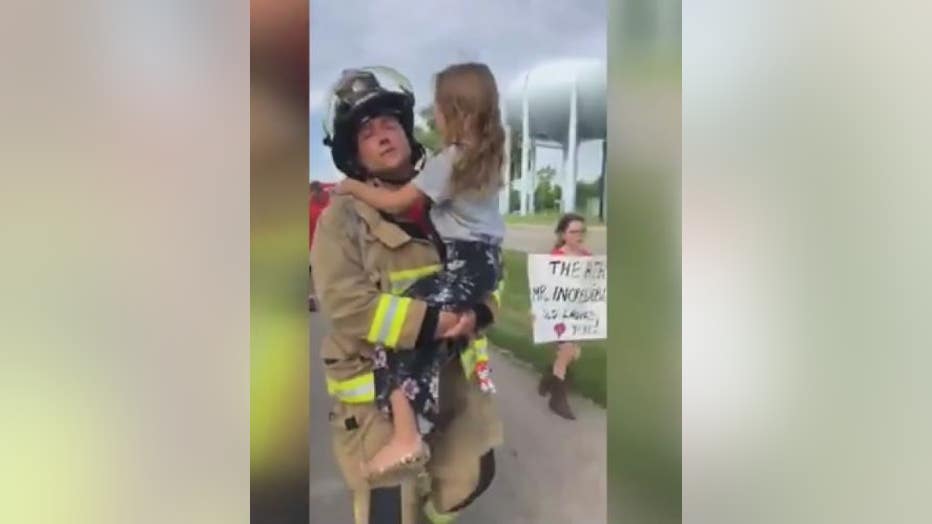 In the past their funds have paid for gas to get to, and from, chemotherapy treatment or cover bills while they’re sick.

Warne and an unknown number of walkers will start Thursday morning just after 8 a.m. and head west, hitting the 9/11 Memorial Saturday in Lansing, ushered in by the fire department there.  Symbolic and fitting for his overall mission.

"What I remember of 9/11 was 9/12," he said. "Because everyone loved everybody. There were American flags on every house, and that's how I organized this walk. You get to see the best of everybody." 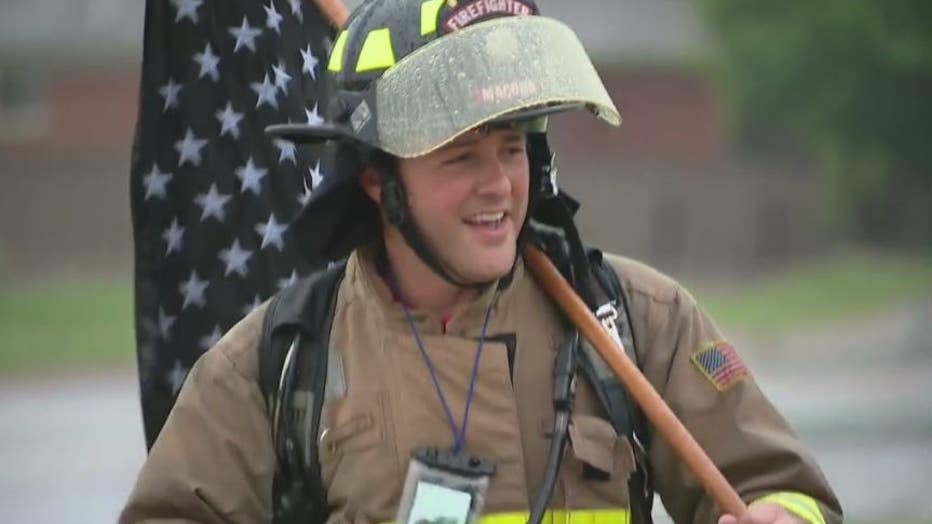 Joe’s goal is to expand the event to other states – there is already one planned in Texas next year. We wish them well on this 140-mile journey. You may contribute to the cause by GOING  HERE.